Today felt like we went over a hundred little hills. It wasn’t too bad, but we have become accustomed to easy, flat roads. After many weeks of coasting, it felt like a bit of a workout.

Despite the hills, we had a nice day in the French countryside. We passed through a number of quaint villages. 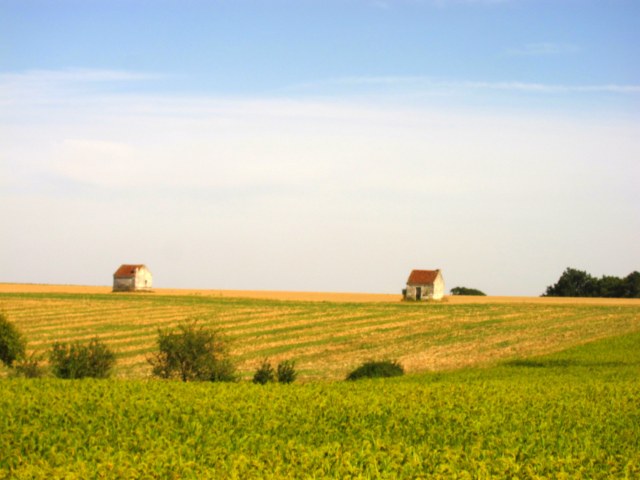 We saw some interesting monuments along the way. Several pyramids were erected by monks around the area in the 18th century. Apparently, they were put up as meeting points for hunters.

The GPS showed a bunch of dirt roads leading off into the woods and figured we would be able to find a place to camp. The first road took us to a lake with a gazebo and one million mosquitoes. Not wanting deal with the bugs, we moved on. The next road was bug-free and quiet. We found a nice clearing and set up camp. As usual, we shared a bottle of delicious French wine with dinner. I found out we had some uninvited guests later in the evening, giant slugs. Quite the surprise when I tried to put my sandal on for a nighttime bathroom trip.