We cruised from our hotel into Nha Trang on the bikes in the morning. Every street was adorned with banners, lights or lanterns. 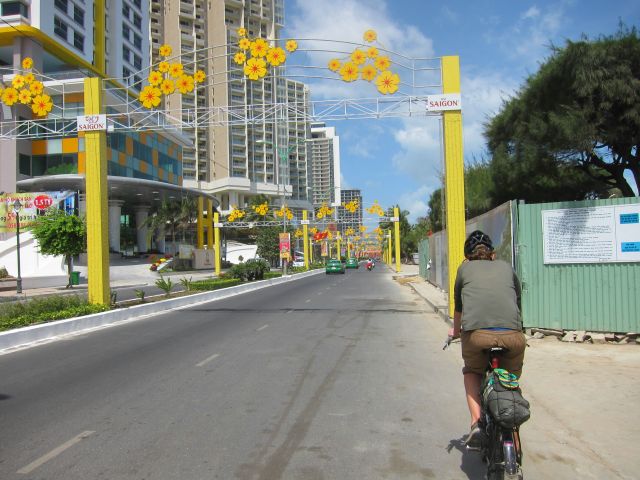 Most everything was closed, so we headed over to the tourist area for brunch. We found a bakery and were immediately offered nuts and candied fruit, such as raisins and plums. These are traditional foods eaten during Tet and because it is bad luck to refuse gifts, we were happy to sample them. Nha Trang is a favorite destination for Russians, and many of the signs and menus in town were in Cyrillic characters. There were two Russian tourists at the bakery with us, drinking Bia Saigon and smoking at 9am, putting salt in their beers to dissipate the foam.

Despite a solid breakfast, Chandler was feeling very feverish after we ate, so he went back to the hotel for a nap. I decided to hang out near the beach and take some pictures. 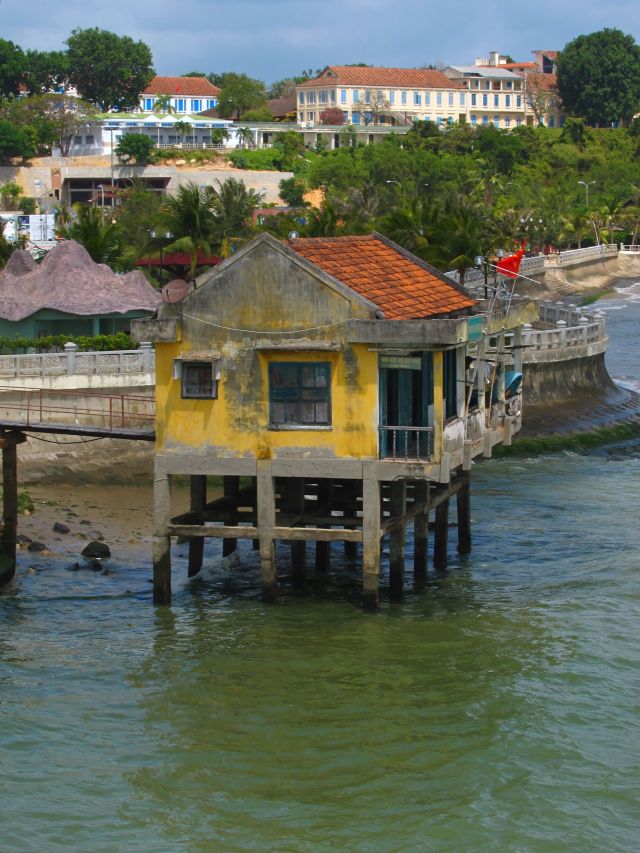 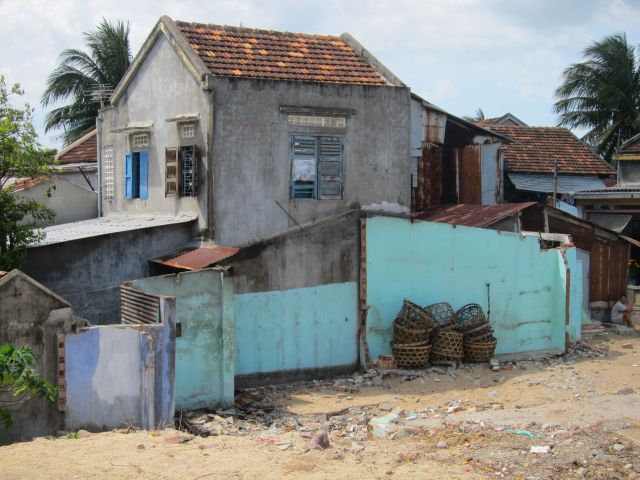 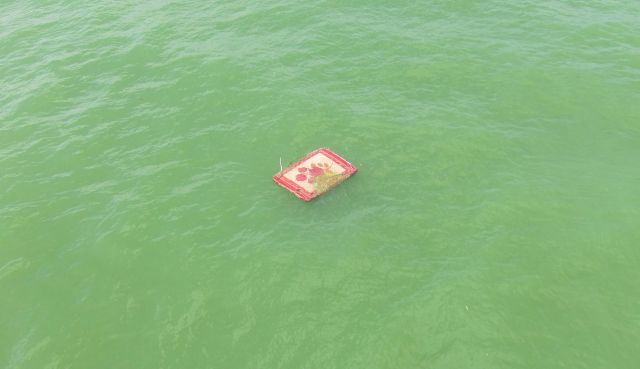 Chan was feeling better that evening. We went out for an excellent dinner of pizza and pasta at an Italian restaurant with the strange name of “Good Morning Vietnam.” We capped the night with really good western style ice cream! 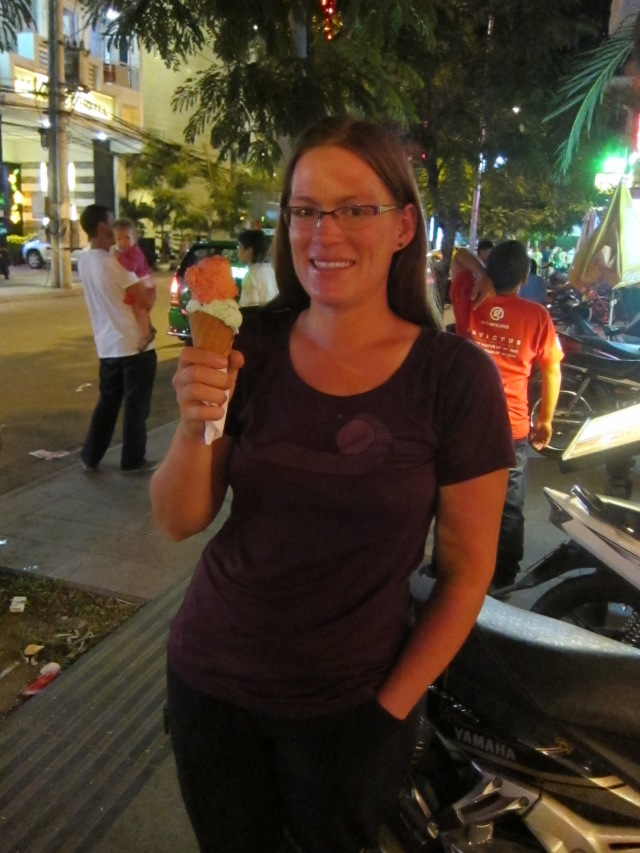 We woke up with the sun this morning. We both slept pretty well in the tent. We broke down camp and had a simple breakfast of baguettes and laughing cow spreadable cheese, which tasted pretty amazing.

The biking started out really nicely. The mountains were beautiful and lush, the breeze was cool and the asphalt smooth. The approach to the pass wasn’t difficult, just rolling hills. The higher we climbed, the colder and foggier it became. As we summited the pass, our visibility was drastically reduced. 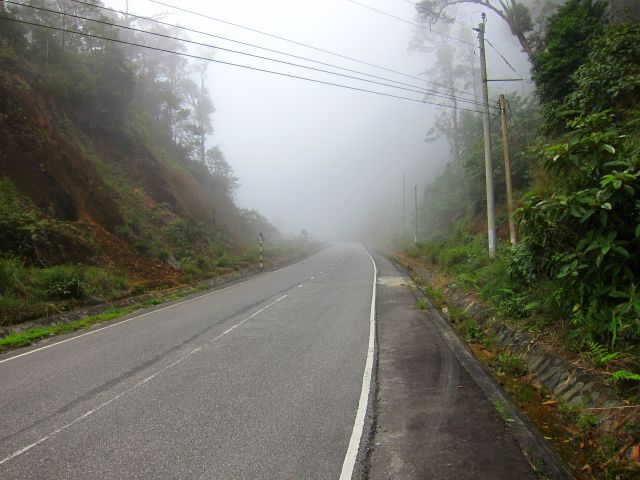 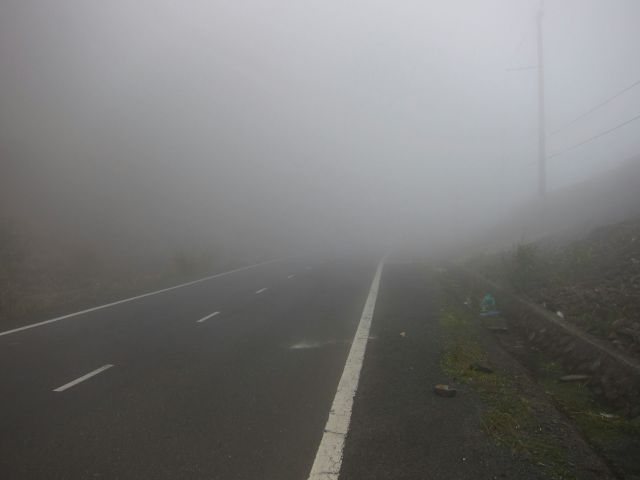 Thankfully, there was very little traffic to worry about in the fog. As we dropped down to the east of the pass the visibility improved quickly. It was a pretty big downhill lasting about 10 miles, losing around 1400 meters in elevation. It was amazing to fly down the hill, past waterfalls and out of the clouds. The change in air temperature was quick. It went from cold and wet to hot and humid in just a few minutes. 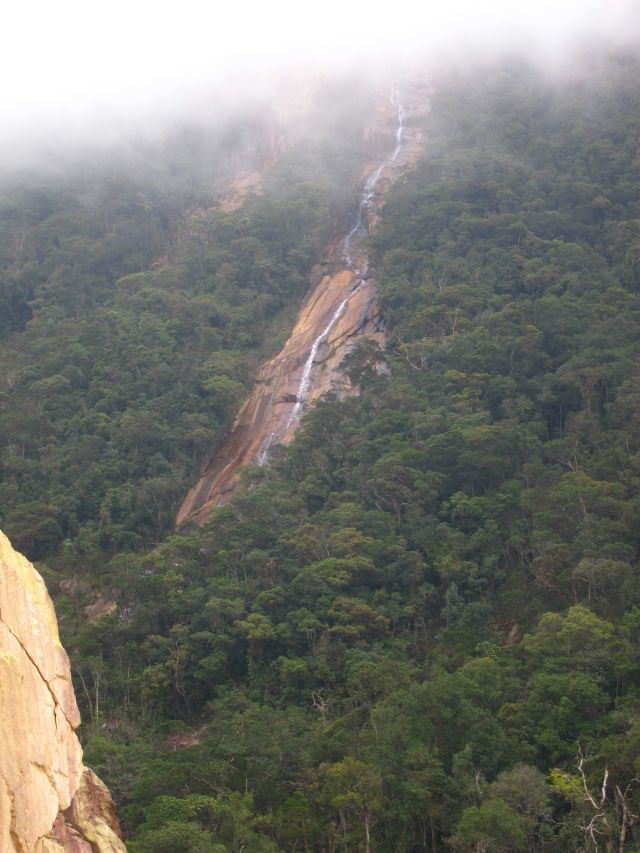 About halfway down, Chandler’s front brakes made a weird sound so he stopped as quickly as he could with just his rear brakes. The cheap pads that had come with his bike had finally worn down to the studs that mounted to the calipers. They had lasted about 2,500 miles. He quickly swapped them out with new brake shoes with replaceable pads and we resumed descending.

In my head I had assumed since we were staring at around 1600 meters, and Nha Trang was at sea level, we would just coast down the hill and cruise into Nha Trang. I was sorely mistaken. Our final descent was arrested by a fierce headwind that required us to pedal to maintain a speed over 10 mph. When we hit the flats we were still about 50km from the ocean. It was a brutal second half of the day. It can be very challenging to maintain a good attitude when you have to pedal as hard as possible just the keep moving forward. Poor Chandler was having an especially difficult time as his bronchitis had drained his energy and his cough was getting worse. Battling the wind was not helping.

We rolled into Nha Trang much later than expected. We were a little concerned about finding a decent hotel. Everyone increases the prices due to Tet. We headed out of the main tourist area to the beach to the north. Surprisingly the first hotel we checked with was only 150,000 dong per night, about $7.50! The did warn us the next night the price would double since it was Tet. 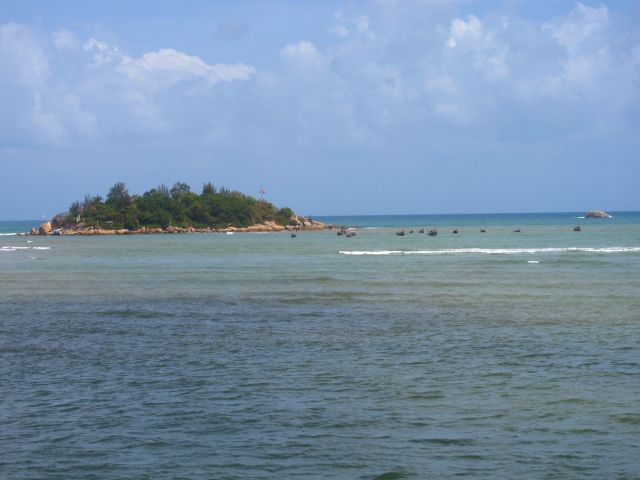 We showered and headed out for dinner. Nothing nearby was open except one woman who showed us a menu but then quoted us three times the prices on the menu. Tet is making things very difficult for us.

Eventually, we found a seafood restaurant a couple miles south on the river and ordered a feast of prawns, tofu and french fries. We had biked 100km and were exhausted. We didn’t stay up late enough to see the fireworks.