We spent the morning on the beaching relaxing, sort of. A Khmer woman wandered by with a basket and offered me a $5 mani/pedi. I immediately took her up on the offer. When she was done, she asked if I wanted my legs threaded. It had been more than two weeks since I last shaved them and Chandler encouraged me, so I said why not. That is when the relaxation ended. While it wasn’t very painful, it certainly wasn’t pleasant.

My only requirements for my birthday were to not do any biking, to be on the beach and to have a drink with an umbrella in it. Chandler had put the idea of SCUBA diving into my head a few days earlier, so we started to look into open water diving certification. The cost of obtaining an internationally recognized certification in Cambodia is remarkably less than most other places. Plus, is there a better way to celebrate turning 30?

After lunch, we headed over to EcoSea Dive to get an idea of prices and what we would actually be doing. We talked to Andy, one of the instructors, about the different types of certifications and decided to go with SSI. We were going to shop around a bit, but got such a good vibe from Andy, we signed up. Soon, we were in a truck heading to the owner’s house to watch a movie and start on the desk study part of the training.

We studied and reviewed our questions until 530. We had a few more sections to go, but would complete those later. We had another pizza dinner and called it an early night. We were going to have a busy couple of days. 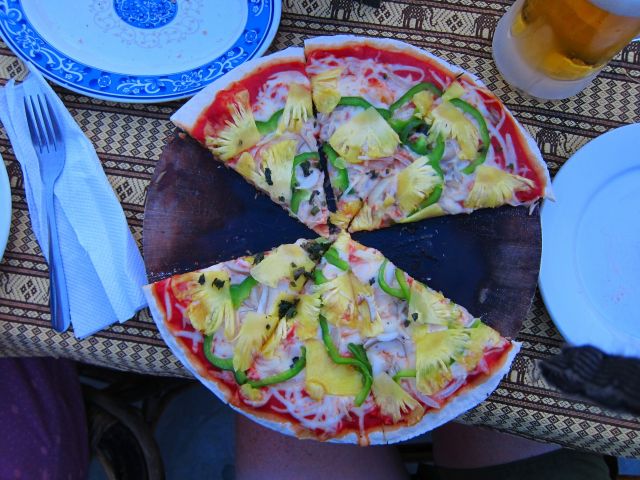 Tomorrow we head to Koh Rong Samloem Island- about 2 hours by boat from Sihanoukville.