We got up early today in order to shower and take care of last minute details. Soon it was time to say goodbye to everyone and drive to Boston with Chandler’s brother. 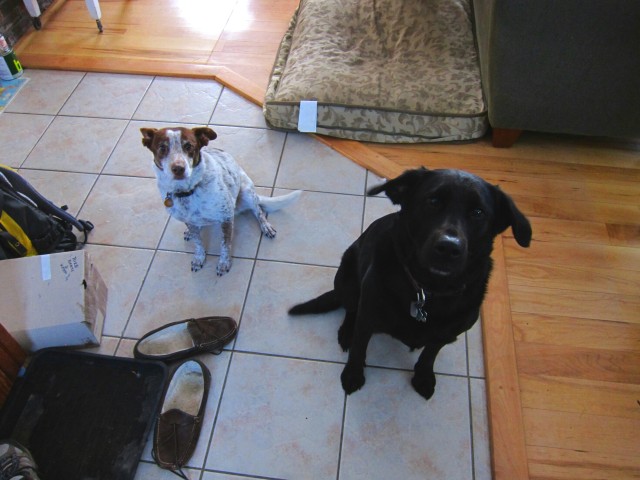 Lucy and her new sister

It was really sad saying goodbye to Lucy, but we know she’ll have a lot of fun with Chandler’s parents and their dogs. We are hoping that Chan’s family will meet us somewhere in Europe, maybe sneak Lucy in their baggage!

After a 4 hour drive to Boston (thanks for the ride Tayler) and an 8 hour flight, we finally made it to Los Angeles.

My parents made the drive from Granite Bay to LA to spend our last couple of hours together. My cousin also lives in LA, so my mom invited Chela along for dinner at the Olive Garden for some carbo loading.

We had to hit up Fry’s Electronics because we forgot our camera charger and spare battery in Vermont. Luckily, they had what we needed. Then it was off to the airport. Thank goodness for iPhones, otherwise we would have forgotten to take a departure photo. 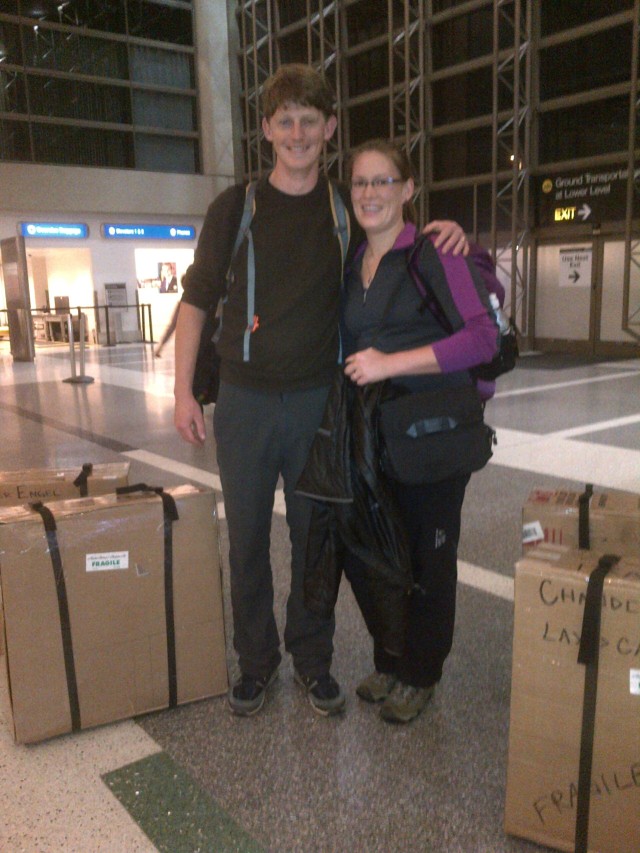 We had a 14 hour flight to Guangzhou, China, which was as fun as a long flight can be. All the announcements were in Chinese and we found ourselves constantly saying “I have no idea what is going on”. Based on the map on the plane monitor it looked like we flew very near to Anchorage on the way over which was surprising. There was some pretty good turbulence north of the Kamchatka peninsula. On the flight we got our first taste of eating food and having no idea what it was.

The highlight of the flight was the 10 minute long stretching routine video that took over everyone’s monitor before landing. About a third of the passengers followed along with the routine which had us raising our hands and rotating in our seats in unison. We had a three hour layover in Guangzhou which was uneventful, except for the PBR ad we saw. Apparently they have a different marketing strategy in China. 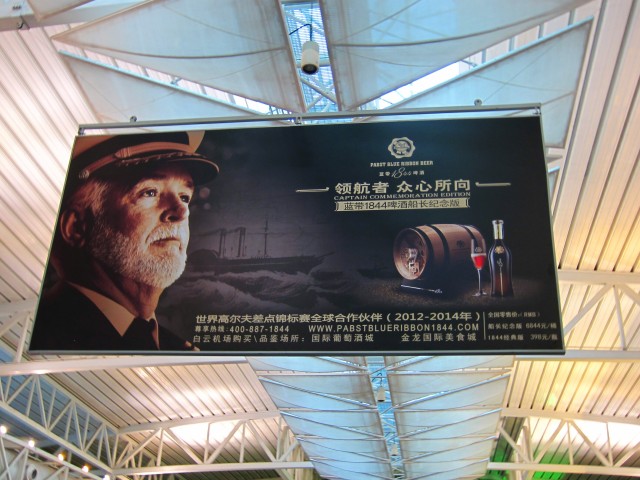 We skipped coffee which was 55 yen or about $9 USD.

We finally made it to Bangkok at 11am, painlessly went through customs and found our bike boxes waiting for us. After an uneventful cab ride through the eastern part of the city we arrived near the east bank of the Chao Phraya River. We checked into the Shanti Lodge and quickly changed into shorts and set out to explore. We didn’t get too far, just the indoor day market down the street and back to the hotel for lunch.
Chela: they do serve brown rice, not just white.

The restaurant at the hotel has lots of vegetarian options and is pretty good, but not the cheapest option around. For now it is nice to have a very close guaranteed vegetarian spot until we figure out the street food a little better.

Our plan was to stay up until night time to adjust to the time difference, but I fell asleep at 330pm. Chandler wasn’t as tired so he wandered around on his own for a bit. After getting mildly lost he was able to get back to the hotel with a decent understanding of the local geography.

He went to bed around 7pm. We are a wild bunch.