I was happy to leave our haunted stone house campsite, but that meant going up a big hill. We were really nervous because we didn’t have a lot of water and the sun was already blazing early. If the sun is warm and the road is steep, we end up drinking a liter every hour. With only 1.5 liters each, we felt like we were in trouble. Luckily, I noticed a young man having an argument with a young woman and had no problem interrupting them to get one of my bottles filled. 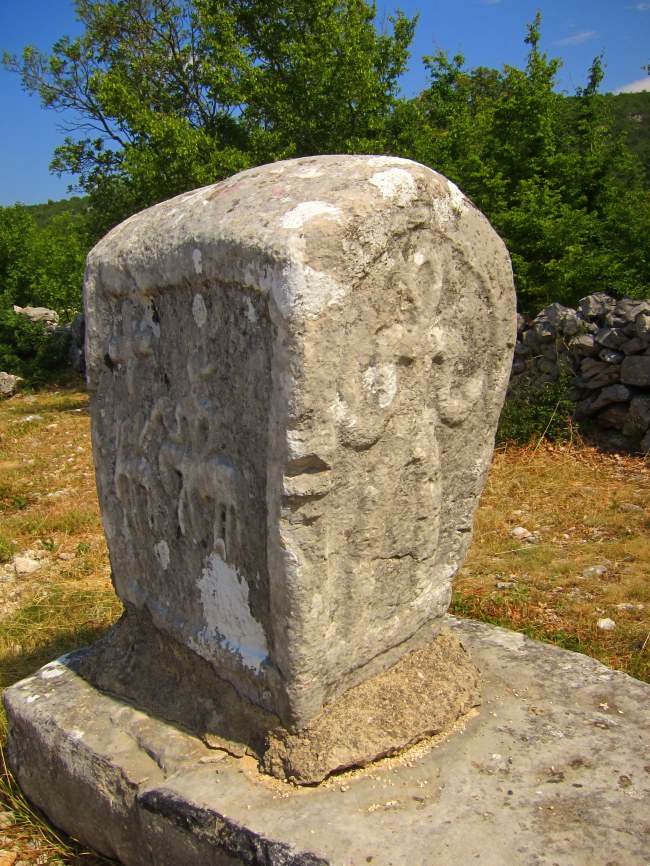 Near the gravestones while we found another roadside map which showed the locations of several ancient forts, wells and gravestones in the immediate area. The signs weren’t in English but we could understand that that the stones were from the 14th century. We couldn’t figure out if the stones were for ordinary people or people of some influence, like priests or warriors. The gravestones depicted an array of images such as flowers or people hunting or battling. 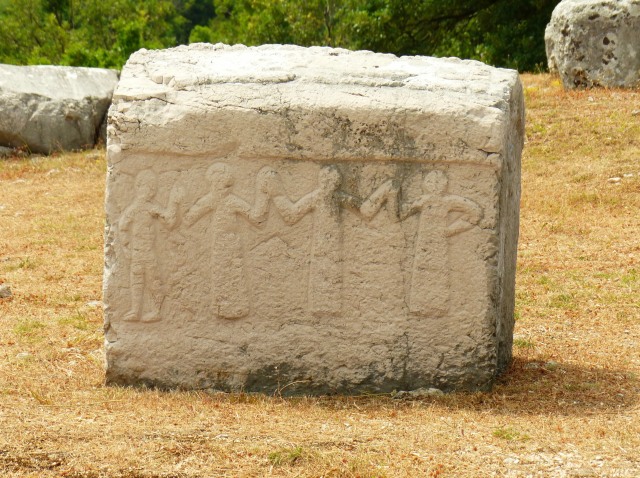 Chandler and the wells

The ride became rather dull after leaving town. We passed by fields and through towns, nothing new, until I thought I was hallucinating. Chandler was focusing on the GPS mounted on his bike and I felt like an idiot asking if there was a boat in the middle of town. No, but close. Somebody had built their house to resemble a cruise ship. 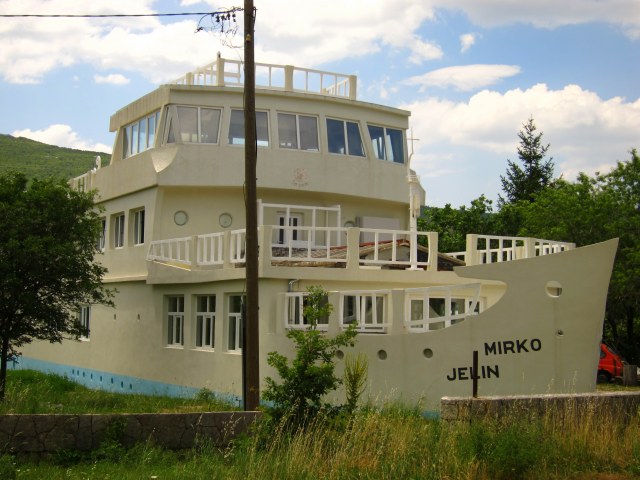 This town loves us!

Noticing a road on the GPS that headed towards the river, Chandler suggested we investigate it. The road dead ended into the water after half a mile. However, across the very shallow creek was a concrete table and perfect spot for a tent. The only problem was that we were out in the open. We decided to risk it anyways. We left our bikes on the shore and waded across the river with our barbags and a bottle of wine. We figured we could read and enjoy a glass of wine, if anybody had a problem, we would hear about it.

We relaxed for over two hours, watched several tractors pass nearby and eventually realized that the farmers didn’t care if we were there. After I set up the tent and Chandler made dinner, a family came around for some fishing. I crossed the river to collect a bag from my bicycle and the father was very emphatic in indicating that water level would rise after it grew dark. This seemed strange, and we weren’t sure if we understood right, but OK. 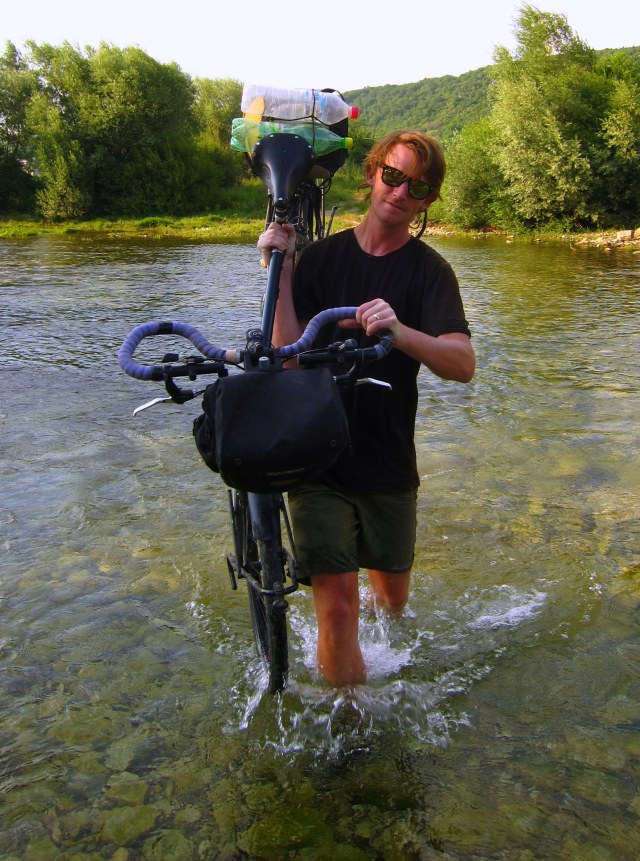 Ferrying a bike across

Eventually, we decided it was time for bed and Chandler carried both bikes on his back over the water. No need to get water in the bearings if we didn’t need to. About an hour later as it was getting dark, the river started running faster. Sure enough the water was rising. We were safe, up above the waterline, next to somebody’s picnic area, but it was interesting to watch. A dam upstream was apparently opened every night and flooded the area. Good thing we had a warning ahead of time!