We were traveling through Belgium during a historically significant time. Almost exactly 99 years ago, German forces invaded neutral Belgium en route to conquer France in the opening moves of WWI. The Belgians refused to roll over to German demands for surrender, and they were summarily smashed, leaving supposedly siege-proof cities in ruins and the countryside ravished. However, the unexpected patriotic defiance of the Belgians helped stall the German advance, and even more importantly, partially forced the hand of the British to become involved, as defenders of the small country’s neutrality. This is a really too-condensed version of the events- Barbara Tuchman’s “The Guns of August” is a fascinating and quick read about the first few months which I highly recommend.

We were heading to the city of Ieper (Dutch), or Ypres (French), which was a strategic location on the Western Front. The British Expeditionary Force notably held off a German breakthrough attempt here in October and November 1914 before both sides dug in their trenches and the long years of trench warfare began. The city remained essentially on the front lines throughout the war as neither side was able to make any significant progress offensively. Persistent artillery shelling all but completely leveled the city.

Today, the city has been rebuilt. There is a supposedly well done WWI museum in town and given the fortuitousness of our timing, there wasn’t a question of whether or not we would be going to the museum.

First, we had to get into town. Our campground was within walking distance of the museum, but there was a large wall and moat between us and where we wanted to go. Ypres is an ancient city, with early reports dating back to the 1st century BC, so the moat wasn’t too surprising to find in the middle of town. 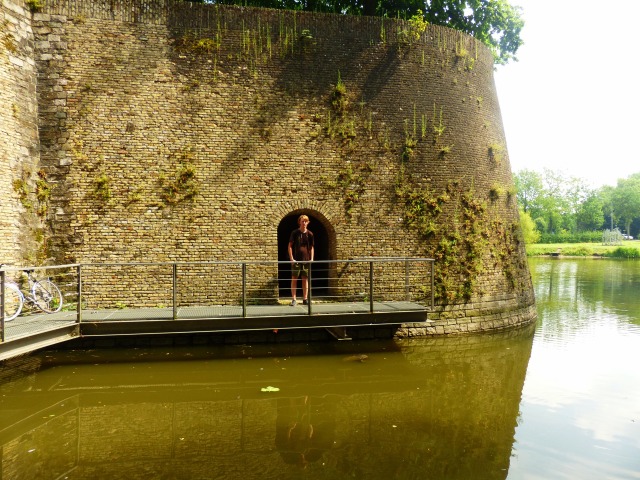 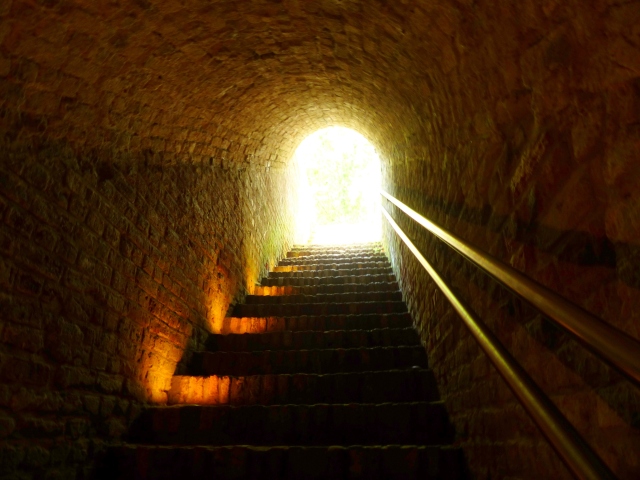 Tunnel through the wall

We had a nice walk through town to reach the museum. There are a number of old buildings, which seem typical of European cities now. Apparently, the Flemish knew we were coming and named a restaurant or bar after us! 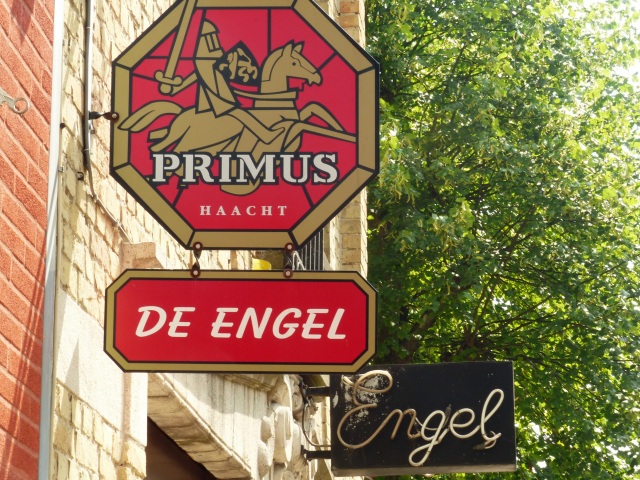 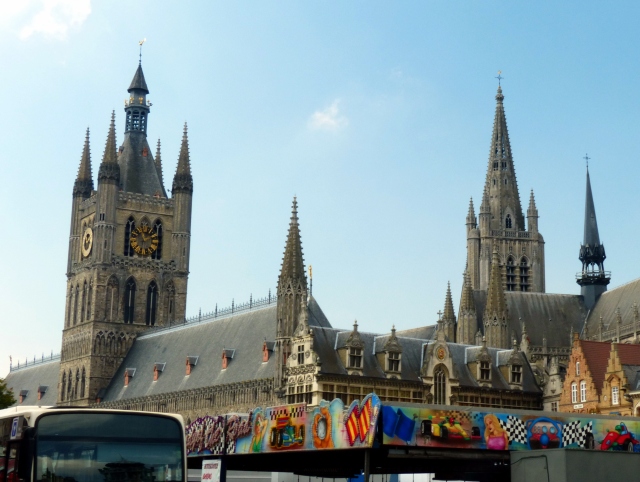 The museum was really well done. It was pretty small, but absolutely packed with artifacts and information about the war in general, but with a focus, of course, on Ypres. Unfortunately, a majority of the displays were behind glass, so Jenny didn’t get a lot of pictures. 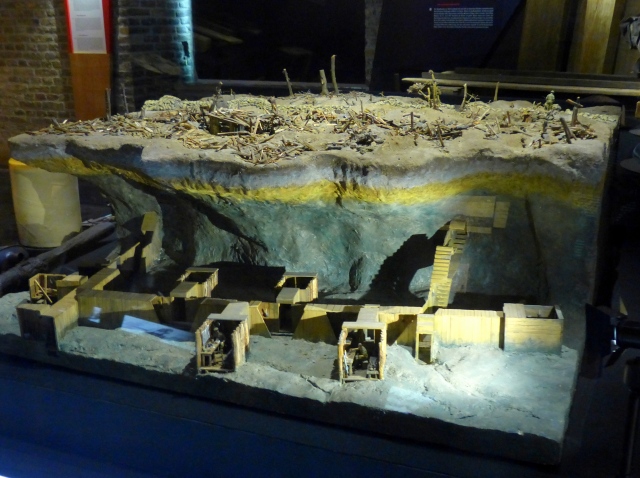 Tunnels under the front

There was a fascinating display on the sappers, who built massive tunnel networks underground in order to place explosives to blow craters under enemy trenches. It brought to life some of the harrowing depictions of life underground found in Sebastian Faulk’s “Birdsong”, a book both Jenny and I read.

Drawings of the “new” Ypres, rebuilt from the rubble

We planned to leave Belgium the next day, so we had to have a Belgian waffle covered in nutella. It was just as delicious as you would imagine.

5 comments on “A day in Ypres”