We got super lucky that Leonie happened to have Monday and Tuesday off from work, so we all enjoy her “weekend” together. This started off with a traditional Dutch breakfast: toast with butter and chocolate sprinkles! We were loving Holland more every minute. We then headed over to the tulip market, but unfortunately the flowers were out of season. We enjoyed other sights instead. 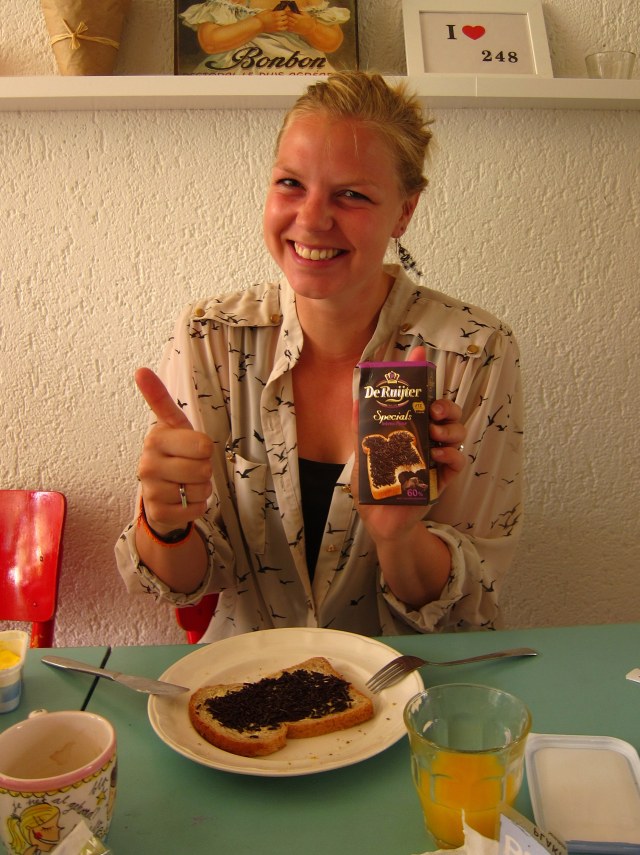 Leonie and a breakfast for champions

A ball of cheese! 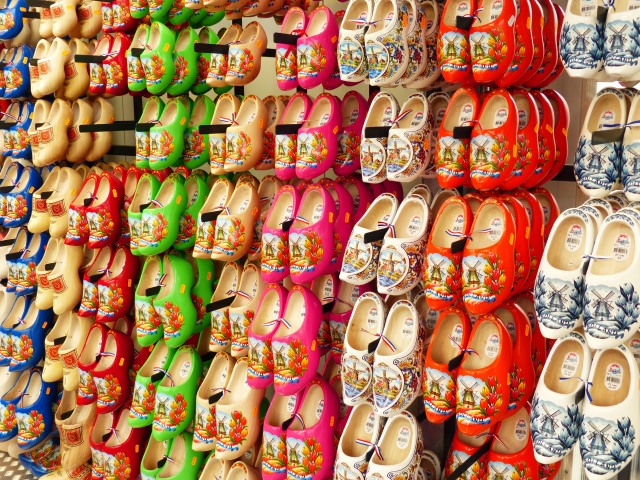 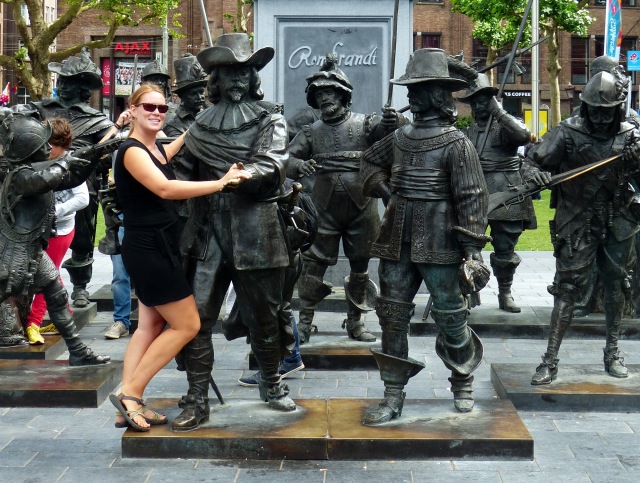 Dancing with the Nightwatch

Due to Leonie’s generosity, our lodging was free and we were able to enjoy a few museums without going over budget. The Van Gogh Museum had a line around the block, so we decides on the Rijks Museum, which had just reopened after years of renovation. There were three Van Gogh’s and a number of Rembrandt paintings. The entire museum was beautiful, and focused on Dutch artists. We also learned quite a bit a history, such as the fact that Napoleon made his brother Louis the king of Holland, which was controversial because Louis championed for the Dutch interests and not Napoleon’s. 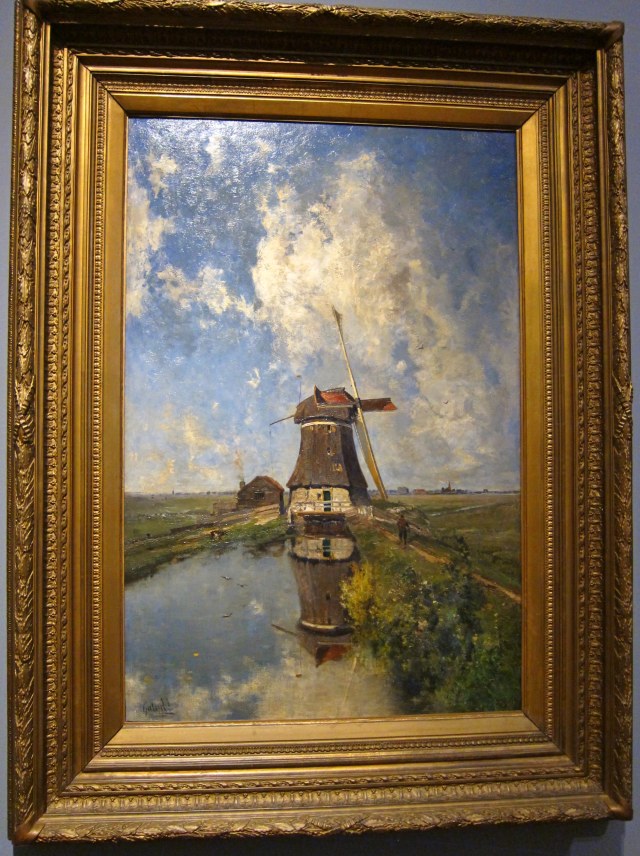 In the Month of July by Gabriël

The Syndics of the Drapers Guild by Rembrandt

The Milkmaid by Vermeer

Farm in Summer by Van Gogh

On Tuesday, we went to the Anne Frank Museum which included a tour of the secret annex where Anne, her family, the van Pels family and Fritz Pfeffer hide for several years from the Nazis. Unfortunately, no photos were allowed inside the building, but it was nice to finally see something that I had read about and tried to imagine on my own. It was quite a bit bigger than I expected, but I’m sure it would shrink if I were required to remain quiet and not able to leave it day after day.

We spent more time cycling around town, which was pretty enjoyable, but a little crazy. We wondered how many tourists get run over every year as we each nearly hit a half dozen oblivious jaywalkers. The energy of the movement in the street was reminiscent of the crowded cities in Vietnam, except with the majority being bikes without motors. We thought it was interesting how it contrasted with Munich, which was also very bike “friendly” but managed to be so by keeping everyone segregated. The narrow streets and canal bridges in Amsterdam, crowded with cars, bikes, pedestrians and trams created a completely different atmosphere. Since there are so many cyclists, things got a little congested and there was palpable tension between bikers and pedestrians. It was cool to be in a city where so many people cycled as their primary mode of transportation, but it wasn’t exactly the cycling “utopia” we anticipated. Still it was fun and we’re glad we had the opportunity to experience it.

We spent the evening making plans for the rest of our ride through the Netherlands.