We woke up and realized we were very visible from the road. Nobody seemed to mind though, we even got a couple waves from people cycling by. We packed up quickly and hit the road. We had about an hour of driving left before we got to Kleve and were we would drop off the car. Again, everything went smoothly.

It took a little while to reassemble and pack up the bikes, but we had a huge parking lot to work in and took our time. After a quick lunch and some very dark clouds rolling in, it was time to hit the road. The moment our rears hit our seats, rain began to fall. We had purchased a large roll of garbage bags to keep the inside of the rental car clean of bike grease and pulled out a few to keep our legs dry. Chandler slit the bags open and we wore them like skirts. Good timing too, because it started pouring hard as we were putting them on.

We looked like such dorks, but were dry and had a good laugh over the situation. The rain eased up a bit and we found ourselves in Holland very suddenly. There was no border and little indication except a tiny little sign we almost missed. We stopped at a small grocery store for a snack, to wait out another strong rain burst and do a little route finding on the GPS.

In the corner of Holland we were enjoying, there was an extensive trail network off the roads. It was a little muddy, but nice to be away from the traffic. We were surprised by the number of people out walking and biking on such a drizzly day. We had a feeling we were going to enjoy Holland.

Bike path in the trees

The area we were riding through was the setting of an ill fated offensive by Allied forces during WWII. The goal of Operation Market Garden was to quickly hit the reeling German forces retreating east after the successful Allied landings at Normandy, and bring the war to a quick end, before Christmas 1944. Paratroopers and gliders full of British, Canadian, American and Polish soldiers landed in fields around the region then concentrated in order to seize strategic bridges with the help of the Dutch resistance before German forces could destroy them. As the bridges were being captured, a column of tanks would travel quickly through the Netherlands and strike Germany on its own soil. Ultimately, the airborne forces were spread too thin, and were met with much fiercer opposition than expected. The Germans retained or retook control of the route and stalled the advance of allied tanks.

Some damaged buildings were left as a reminder of the destruction. We also randomly came across and visited the moving Groesbeek Canadian War Cemetery. Interestingly, many of the soldiers buried here were brought from where they fell during battle in Germany as Canadian soldiers were not permitted to be buried in German soil. 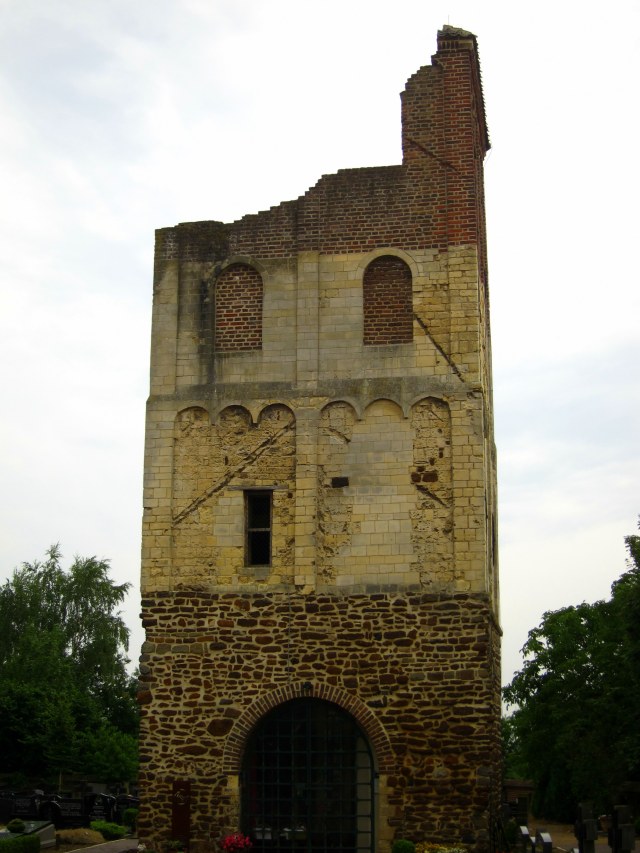 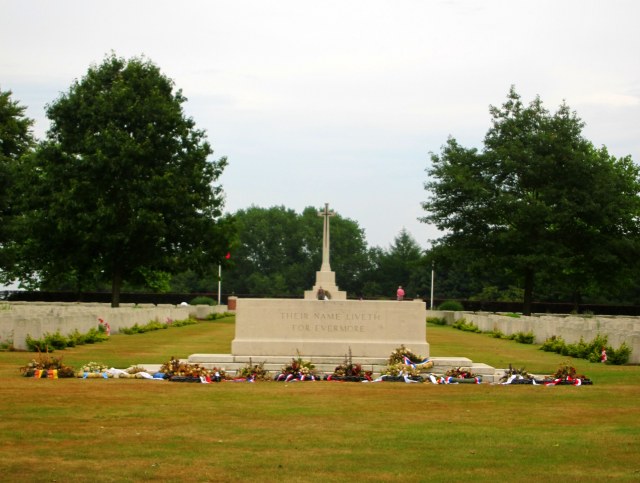 After the cemetery, there was suddenly a lot of exciting things to see. Canals and ponies. Ponies were everywhere and it appeared that babies had just been born.

The campground that we found was amazing. A man with a large pasture and a B&B allowed people to tent in the pasture. There were cherry, pear and plum trees everywhere. After setting up the tent, we were feeling a little restless and decided to go for a walk around the neighbor. The area was beautiful and we ended up walking for several hours. The campground was located near one of the dikes and we able to walk along the top and enjoy the views. 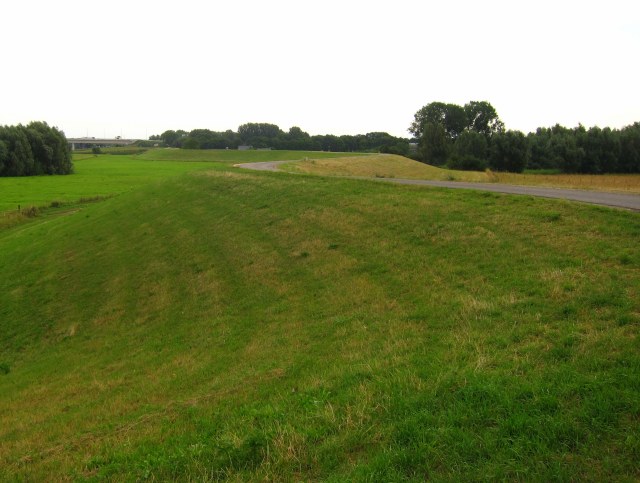