We started the day off right with a big breakfast and felt really strong as we began the day’s ride. We plowed up the hills and made really good time.

At the bottom of the hill was a small town, obviously fallen on hard times due to the construction of the bigger, faster highway. We stopped for a refreshing ice cream and were overcharged by about double which we realized only after we had already opened the wrappers. We sat on the sidewalk enjoying our treats when the day seemed to restart.

Our last look at Lake Shkoder

We finished up and hopped back on the bikes grinding up a long winding mountain. The scenery was fine but a little monotonous, rocky outcroppings and sparse trees. The local drivers were really not friendly, which was odd. There were signs in all the main towns showing routes for cyclists and clearly there was a desire to entice foreign bike tourists, but that sentiment wasn’t shared amongst the Montenegrin masses. Drivers yielded to us basically as little as they possibly could, accelerating past us at ridiculous speeds, passing each other even though we were in the opposing lane, driving us off the road. Chandler had the closest call of the entire trip when two new Mercedes blasted past him so close that their turbulence knocked him off into the bushes.

Theoretically, it should have been cycling paradise up on the mountain roads as there really wasn’t that much traffic and the scenery was pretty cool but it got to the point where we just stopped riding and got completely off the road when we heard a car coming which was annoying since there was plenty of room for everyone. We couldn’t believe the difference between cycling here and in Albania and speculated that the locals here were just jaded on tourists or hated bicycles or something.

We arrived at an intersection and discovered the map on our GPS was outdated as there was a NASCAR highway we were about to be forced on that wasn’t on our map at all. Instead we followed a sketchy overgrown path that was the main road on our map, and hoped that it went through. We were so fed up with with the aggressive drivers that even if we had to walk the bikes it would have been better than riding on the main road. After a few meters, the pavement wasn’t as broken and the riding became easier and we moved quicker.

Not the best road, but not the worst either

The road did go through which was a huge relief and we got to the top of a big hill before a descent to the old capital city of Cetinje. However, the last few miles we were forced onto the highway we deliberately avoided earlier in the day, which turned out to be an insane high speed two lane road with zero shoulder which meant traffic behind us had to slow down from highway speed to pass us if there was oncoming traffic. We we finally reached the town, found a bakery and had a snack, our nerves still shattered but we felt better. We still had to find a campsite, which meant climbing another huge hill out of town.

Chandler found a good spot to investigate, which proved successful. He found us a flat area with several trees, perfect for hammocks! The rest of the evening was spent relaxing. We had a little surprise when a goat herder stumbled upon us. We were afraid he would kick us out, but he was just as surprised as us. After a few moments of frantic waving and pointing Chandler walked over to him to smooth things out and he decided it was important to show us the bag of grass or hay or something that he had collected. After a few confused minutes of pantomiming it was clear he didn’t care we were there and he waved goodby before moving on with his herd. 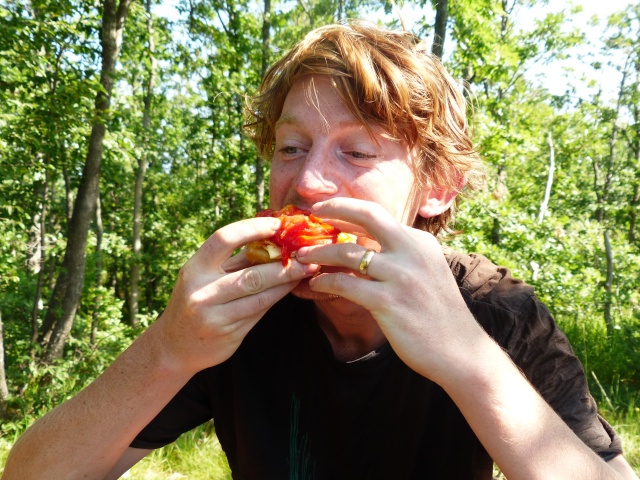 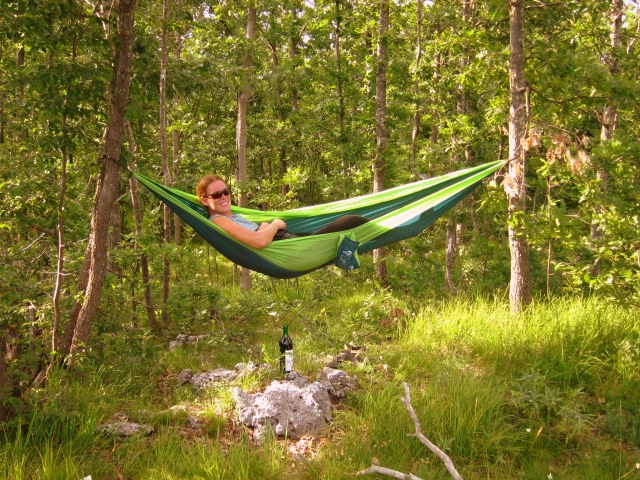