We got up at a decent hour to make the most of our one day in Mysore. After another breakfast of delicious dosas, we went to the market. We got there as people were setting up. This was good because most were too distracted to hassle us. There was a large vegetable and flower section, but otherwise all we really saw for sale were oils and dyes. The oils were used for making perfumes and a little too smelly for Chandler and I, but the dyes were in vibrant colors and could be used for clothing, body paint or writing. I couldn’t resist and ended up making a purchase. 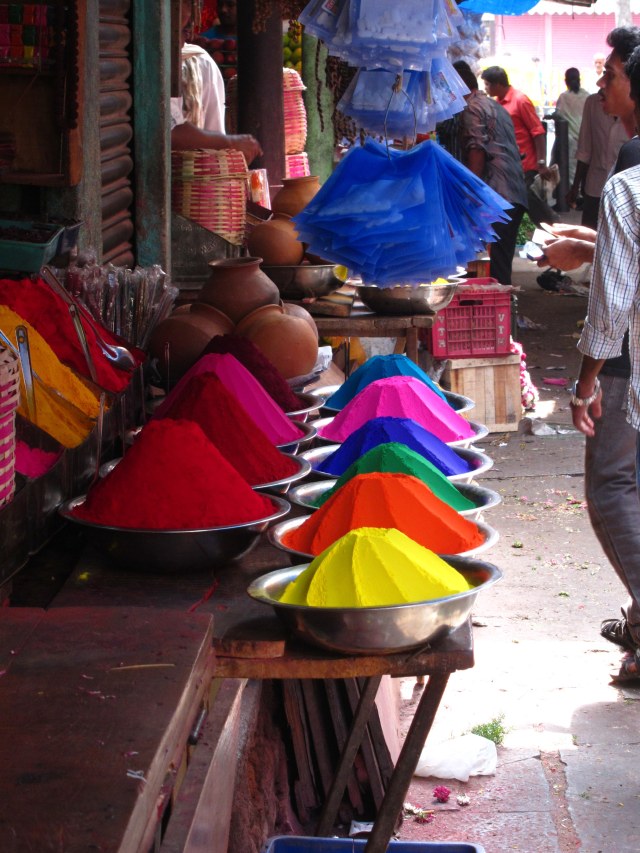 Our next stop on the tour of Mysore was the Maharajah’s palace. Again, no photos were allowed inside which was really a shame. The building was fantastic, with tons of beautiful murals and architectural ornamentation. Our admission included an audio guide, which was actually really well done and informative. Hari and Venky’s grandfather was actually the court singer and their mother spent time in the palace as a child! 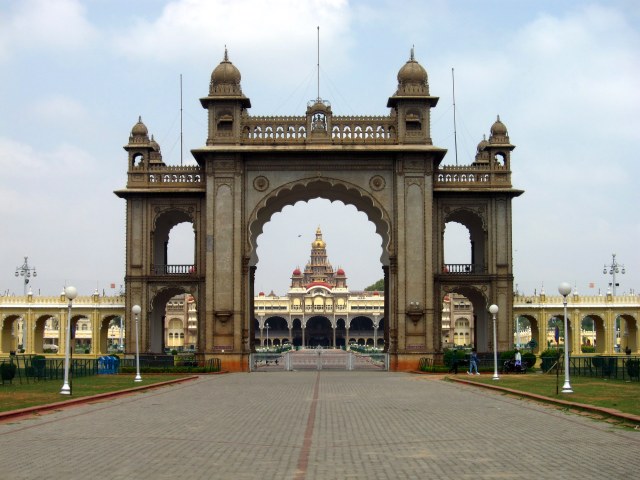 With the afternoon still ahead of us, Chandler skimmed the guidebook and suggested going to the zoo. We were both a little hesitant, considering some zoos seem more like prison cells for animals, but our fears were quickly dashed away. It was hard to pass up with a 40 rupee entrance fee ($0.80 or so).The Mysore zoo reminded me of the Denver zoo, with wide open spaces for the animals or cages large enough for even the biggest of birds to fly around in. We were only going to hang out for an hour or two, but enjoyed ourselves so much, we spent 4 hours strolling around. It was also a perfect opportunity to practice some “wild” life photography. 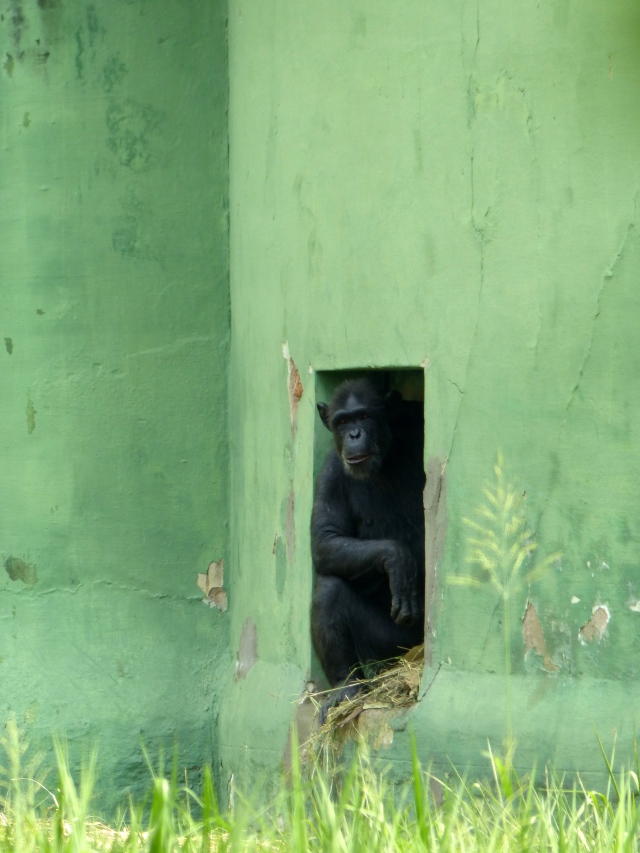 The gaur picked you a present 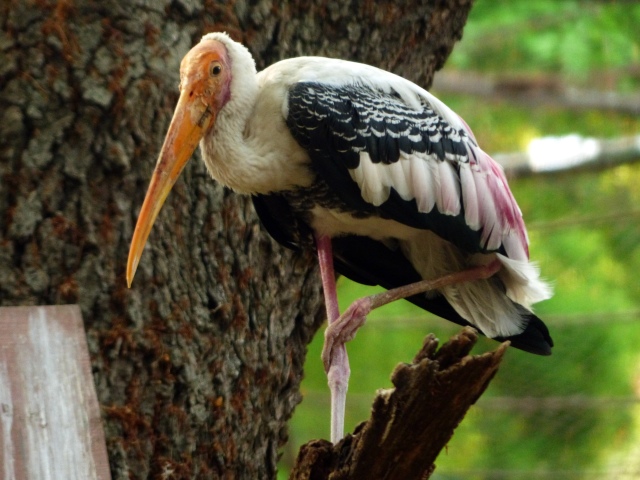 We had a little bit of time left before our train left, so we went to the rail museum. The guide book made it out to be some amazing free place worth spending hours and hours. We were ready to leave after an hour. There were a bunch of retired engines and cars on display. There was very little information on display, so we didn’t really understand the significance behind what we were seeing.  Either way, it was an ok way to waste time. 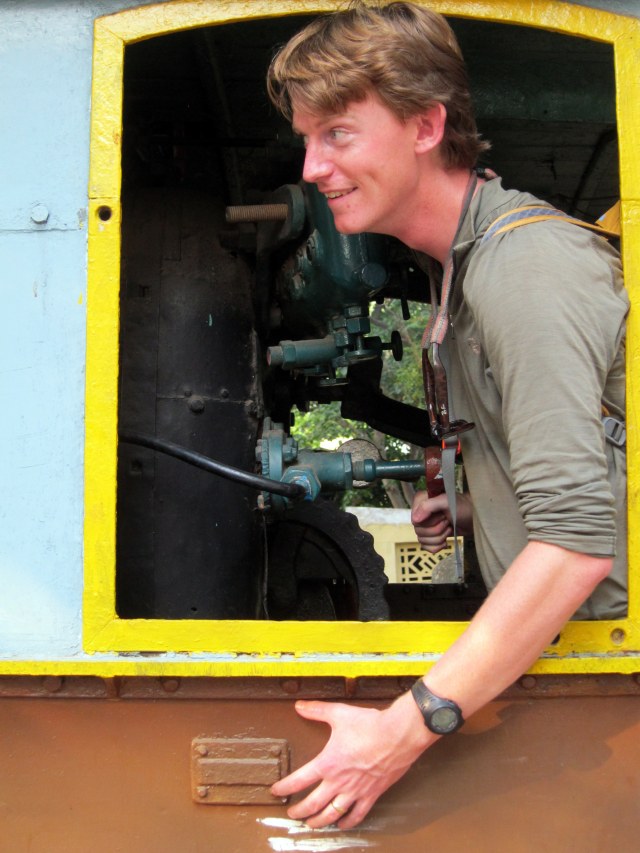 When we got to the station, we were disappointed to find that we had not been assigned seats and therefore were not going anywhere. Without internet, it was a challenge to figure out where we could go. The bored looking woman at the reservation window told us all trains today were completely booked everywhere. Incredulously, Chan asked if we could go anywhere? The reply was “all full, come tomorrow”, and his all time favorite dismissive hand-wave.  Luckily, the station had an electronic reservation checking machine and Chan was able to figure out that there were nearly a hundred empty seats on the train north to Pune, set to leave in a couple of hours. Armed with this information, Chan was able to get the reservation woman to bitterly toss us the paper forms to fill out in order to get tickets for the train. He asked her to use the pen sitting on her desk and she took it and hid it behind the shelf and said “no pen”, then waived him off. Despite all this, we managed to get train tickets and were actually going somewhere, which often felt like a major accomplishment while we were in India.

We weren’t upset about the change of plans as we figured we could jump from Pune to Mumbai which was a place we wanted to see anyways. As we waited for our train to arrive, a huge rainstorm hit. There was thunder and lightning, the wind was whipping trash all over the place. People were running around completely soaked. We were lucky to be on a mostly deserted platform and the tea stall employees while abandoning their shop offered us shelter in the train workers locker room. We huddled around on trunks with a few other people while rain poured in the tiny window near the ceiling. The power went out and we heard tiles being ripped off the roof of the main station, we all just laughed at the crazy experience. The storm let up after a while and we were able to go wait for our train without fear of drowning. When we finally boarded the train, we weren’t offered bedding as normal, because it had all gotten soaked on the platform. We managed to sleep well without it anyways as the train gently rocked us on our way north.

3 comments on “A day in Mysore”