We arrived at the Delhi airport tired but excited for a new country. We got through customs and picked up our boxes with no problems. As we wheeled the cart with our boxes stacked up high, we went outside to look for Hari. Hari is the brother of Venky and Pooja, some friends from the US. We had never met Hari before so we were not exactly sure who we were looking for. Luckily, we immediately saw someone who was looking at us like he knew us, it must be Hari! We all shook hands and he led us over to a taxi to take us to his apartment. After an hour of chatting and a snack, it was time for bed as Hari had a big day planned for us.

The next couple of days were a whirlwind of activity. Hari took the 17th off from work to show around a few temples and to take us to some amazing restaurants. After not eating very well in China, India was like a vegetarian’s heaven! The first temple we visited was a Hindu temple, Birla Mandir. The best part of having Hari was that he was able to explain the significance behind everything we were seeing. Neither Chandler nor I were very familiar with the Hindu religion and Hari was able to answer all of our questions. We feel like we have a much better understanding now of what we are seeing. 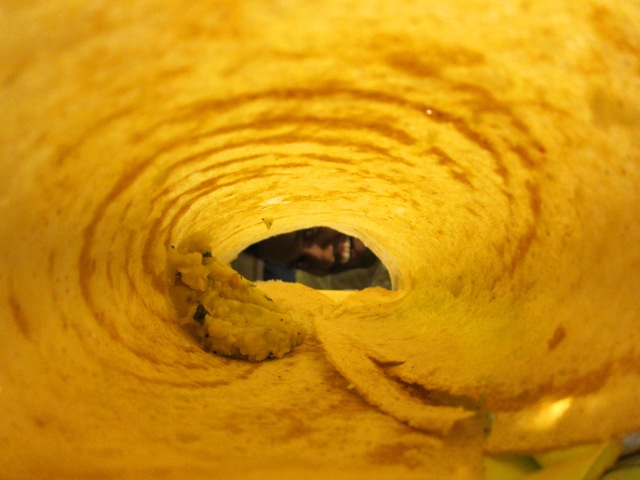 Hari at the end of the dosa

We then visited a Sihk temple. Again, Hari was able to explain some of the differences between the two religions and the importance of the items on display. The last temple was our favorite, Akshardham. This ended up being the most beautiful temple we saw in all of India. Every surface, inside and out, was carved in intricate designs. The craftsmanship was just unbelievable. Unfortunately, photos were not allowed inside, so here is a link to the website: Akshardham. This temple had a number of exhibits dedicated to Indian culture and Swaminarayan, the inspiration behind the temple, including a movie and boat ride. The best display was the light and sound fountain show at the end, which was an amazing display of huge jets of water illuminated by colored lights all coordinated with a booming soundtrack of classical Indian music. We made one last stop to see the India gate before heading home and collapsing into bed.

Hari had to go to work the next day, so he dropped us off at the mall while we waited for the Kingdom of Dreams to open at noon. We spent a little bit of time in a bookstore, but mostly in the food court eating chaat, which are Indian snacks. Chan’s favorite is papri chaat, which is a dish of little crispy wafers covered in chickpeas, yogurt, chilies and tamarind chutney. We ate until bursting. We even went to the McDonald’s because they have an amazing vegetarian menu and don’t serve any beef.

At noon we went to the Kingdom of Dreams, which showcased food and handicrafts from the different Indian states. There were also dance and puppet shows from the various regions. Around 6, we met Hari at the Metro station to go to Pooja’s parents. Pooja’s parents were great. We spend the evening chatting and getting to know them. Her mother made us an amazing dinner and her father arranged for us to visit a village outside of Delhi with Pooja’s cousin, Ekta, as a guide for the next day.

Dancing girl with pots on her head 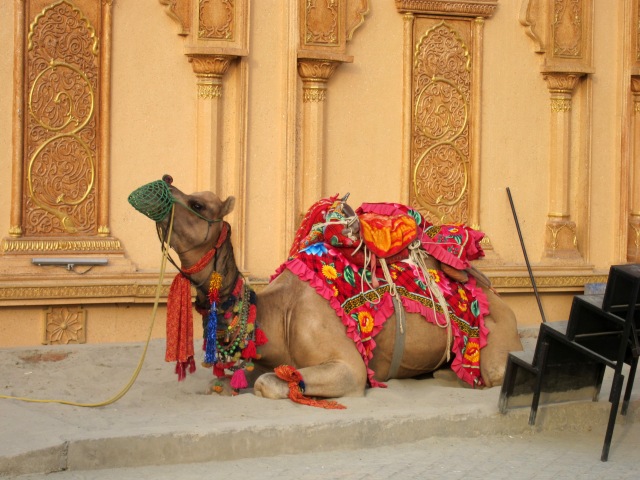