We spent our first day in the old city of Dali wandering around, looking at all the tourist shops. It is a community of artists. There are people carving, making jewelry and pottery around every corner. It was amazing to see that the stores didn’t all sell the exact same thing as we found all over Southeast Asia. We found a Buddhist center that served an incredible vegetarian buffet every lunch and dinner for ¥5, less than $1, per person. We took our meals on low benches along a narrow cobblestone alley, accompanied by a droning Buddhist chant while looking up at the tall mountain range that hemmed in Dali to the west. We ended up eating all meals but breakfast there. 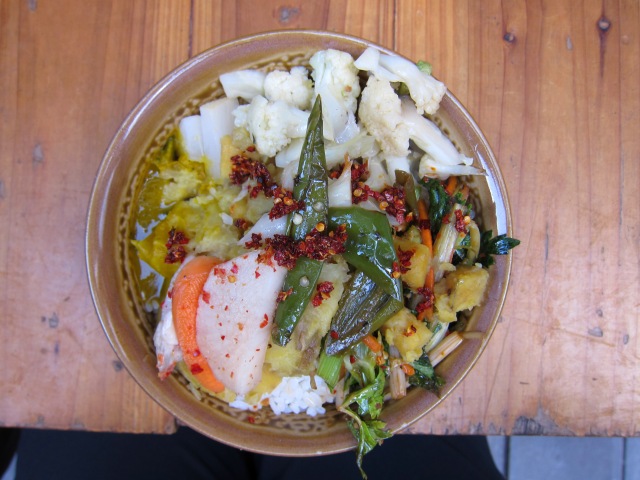 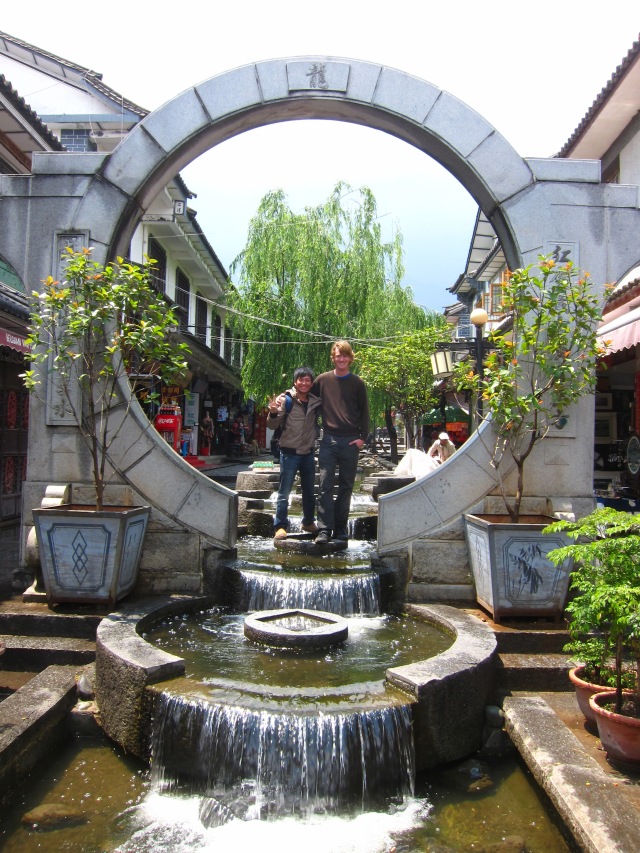 The remainder of our time was spent cleaning, disassembling and packing the bikes and panniers. It took us a while to find cardboard boxes to fit our purposes. We went around and asked stores selling refrigerators and other large appliances, before we found a bike shop willing to sell us some boxes. Our Surly bicycles have couplers that allow the frame to break down into two parts, so we can pack them into airline approved sized boxes. Traveling with bikes or oversize bags can be expensive, so we had to spend time constructing the boxes to fit the airline dimensions.

All in all, it took us three days to get everything done. We could have gotten the work down quicker but we enjoyed sleeping in and taking breaks to wander around town. We spent one afternoon in a puzzle shop attempting to figure out how to put all the pieces back together.

The day of our flight, we work up early to put away the last of our things and tape up the boxes. We walked through most of town before finding a restaurant that was open. We then took a cab to the airport a few hours early in case there was a problem with the boxes we needed time to work out. When it was finally time to check in, the attendant didn’t even bother to measure the boxes to make sure they fit the specifications.

We had a short but very turbulent flight to Guangzhou where we had to recheck in the boxes to fly out of the country. This was actually a massively stressful moment, as Chan had estimated, based on China Southern’s absolutely ludicrous excess baggage tariff schedule, they could have charged us as much as $3,000 to send our bikes, as we were only technically allowed one bag each for flights between China and the South Asian Subcontinent. The check-in agent was confused about our ticket since it originated in Los Angeles over four months ago and she actually asked Chan how many bags we were allowed to take for free. Chan immediately said “two each”, she accepted his answer and we walked away without paying a dime. Finally, it was time for our flight to Delhi!