There is something about southwest China that is very relaxing. Maybe because the temperature is cooler we didn’t feel the need to rush out the door and instead lingered over breakfast and coffee. Maybe because the old highway is like a big shaded bike path built just for us and the local farmers.

When we did get started, we pedaled past farms and banana plantations as we went waited and waited for the daily hill to climb. We were pleasantly surprised to only encounter a few gentle hills and flat pavement. Today was special though as we saw some new things: pineapple and bee hives. The pineapples were being grown down in the shade among the rubber trees, the latter we’ve seen a lot of. It took us a while to figure out what was growing as we peddled by. 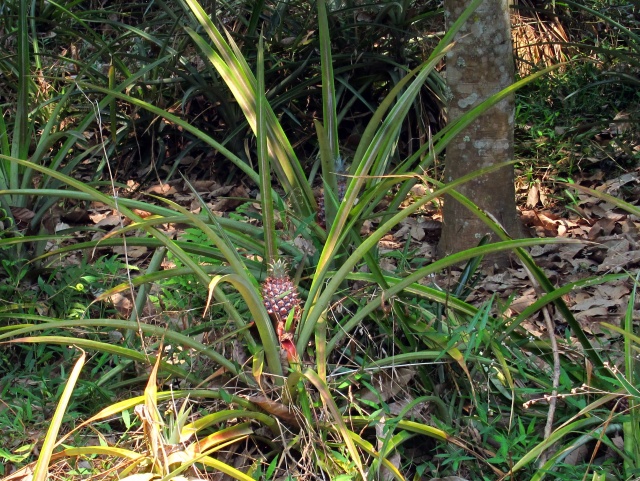 At the first set of hives, there was a table by the road with honey displayed on top. We hit the brakes and waited for traffic to pass so we could cross the street. A young couple immediately walked us to and opened the jars so we could taste the different varieties they sold. As we pointed between hives and honey, they began taking us through their entire operation. They picked up bees to show us the pollen attached to their legs and pulled out the shelves inside the hive to show us the honey comb.  They only spoke in Chinese, but through a number of cell phone pictures and hand gestures we learned about keeping bees and honey. The different types of honey they made seemed to be based on the pollen the bees were given, which came as tiny pellets in brown, red and yellow colors. Before we left they mixed up a drink of bee pollen, hot water and honey drink for us to try, which I quickly found out I am allergic to. Apparently the drink is good at eliminating crow’s feet! We bought a liter of the darkest honey for 50 Yuan, which seemed like a deal. 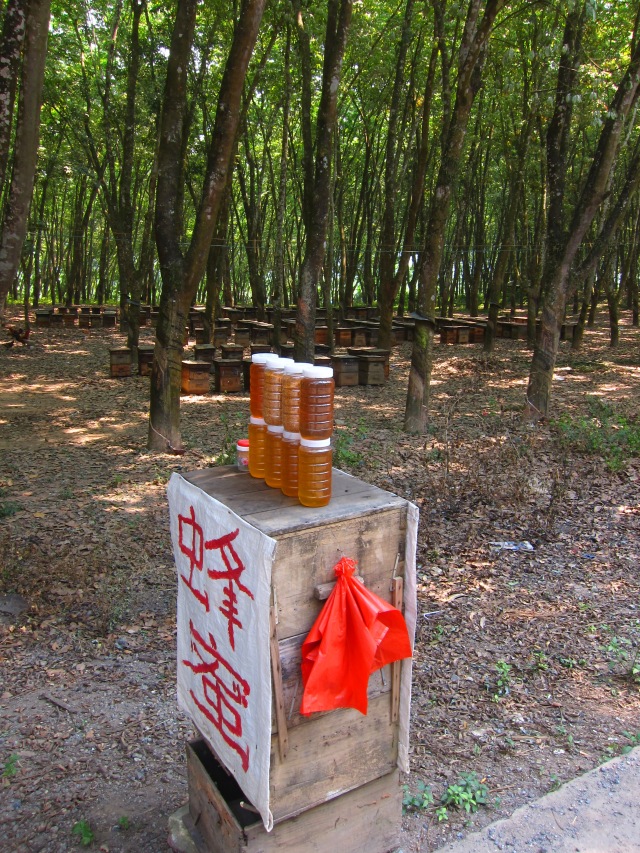 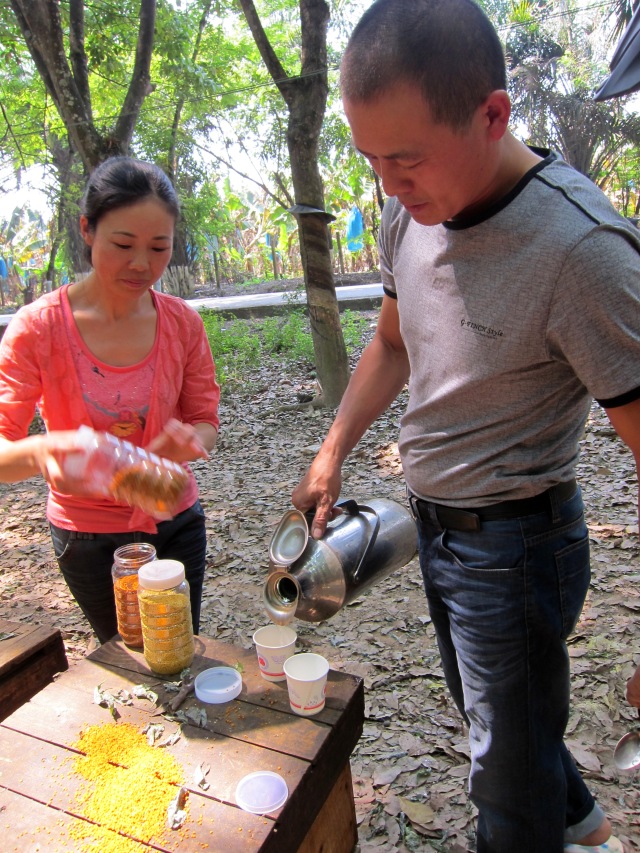 We left after a long round of goodbyes and we excitedly discussed what we could use the honey in. After a few more miles of flat riding we suddenly came to the Mekong! The road intersected a major route that followed the east river bank and traffic increased a lot from what we had been riding in all day. With the traffic came big trucks whizzing by hauling massive loads of stone and soil. Suddenly, we were in a full on construction zone which was total chaos with the road ripped up into horrendous hardpacked ruts, dust everywhere and us bouncing all over the place, trying not to get in anyone’s way. At that point, we went through a small village, where the drains were all torn up so sewage was running all over the road and we had nowhere to go but through it. We both told ourselves it was just muddy water.

Finally we caught our first glimpse of the southern end of Jinghong. Our first glance had us thinking we had entered the video game Sim City. There must have been about thirty of the exact same concrete high-rises built on the outskirts of town. The buildings all appeared to be empty with more being built. It was a vacant city that I imagined would someday open its doors to a flood of tenants who would fill up that massive void of empty living space, creating a city of hundreds of thousands overnight. It was surreal. 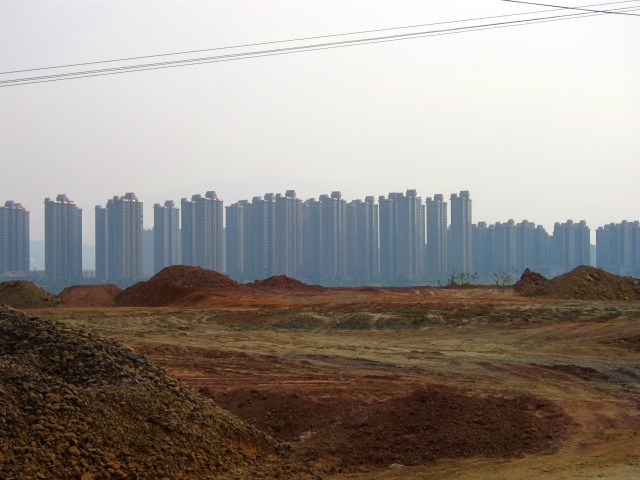 Looking for a new apartment?

Eventually, we made it to the more normal part of town and headed for the tourist area. We got a little mixed up trying to find our hotel, but finally noticed a sign leading the way. When we were clean and everything was stored away, we went out for a delicious pizza dinner and walked around town.

6 comments on “The bee’s knees”