We had another sleepless night due to Chandler’s cough and another early morning as we had to pick up our bikes. The hotel called us a cab and explained the situation. Once we got to the bus depot, the cabbie called the bus driver, found the right bus, dropped us off and left.

After a few minutes of standing around, not knowing what to do, someone came to help us. We explained that our bikes were on the bus but nobody to get them out. The man who came to help said everyone was sleeping on the bus and to just knock on the door and wake them up. I ended up opening the door and shouting for somebody to get up and get our bikes. We got the bikes, but nobody looked very happy to have been disturbed.

When they packed our bikes into the underbelly of the bus, they took Chandler’s seat off. We didn’t bring any tools with us, but the hotel was only a couple miles away. He was able to get the seat on, but when he tried straightening the seatpost, the bolt holding the seat on snapped in half. We spent most of the day trying to find a bolt for the seatpost. A number of hardware stores had their doors open, but were full of family socializing during Tet. In no uncertain terms they told us to buzz off when Chan showed them his broken bolt and seat. We finally found a moto repair shop that enthusiastically “fixed” the problem by cross threading the seatpost clamp with slightly too large a bolt, a scrap of sheet metal as a shim and the healthy use of a big (F’ing) hammer. It is hard to explain how it happens, but once a Vietnamese person starts to “fix” something of yours it is impossible to intervene.

Checking out the situation 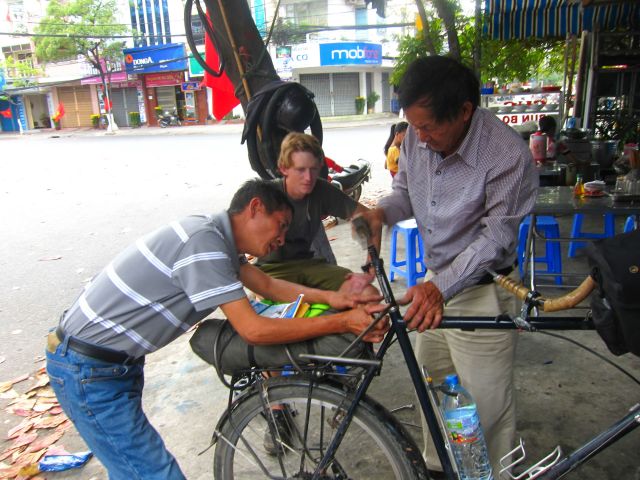 We spent the rest of the day biking around town seeing the sights.

The next day was for relaxing. We spent the morning on the beach reading until it started raining.

Coffee on the beach

We spent the afternoon doing some much needed bike maintenance. 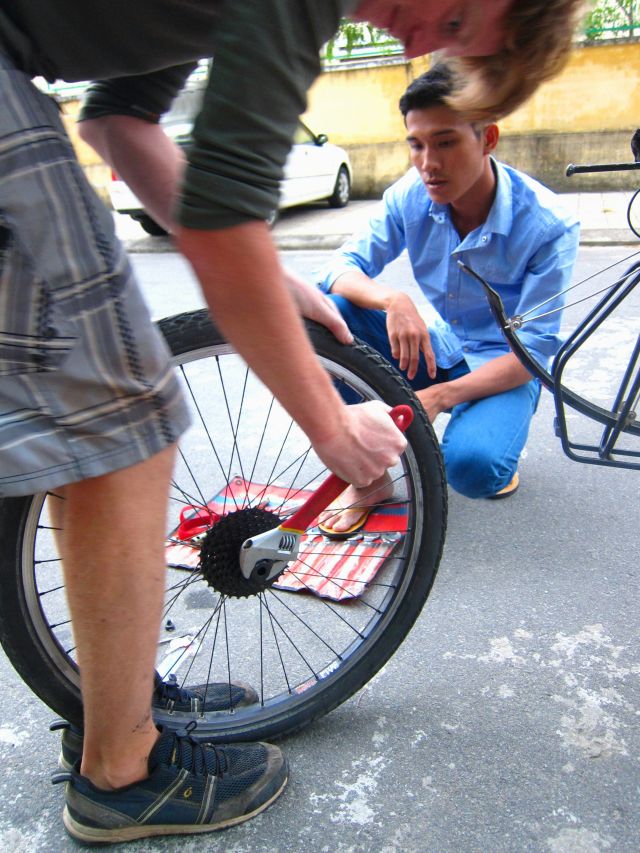 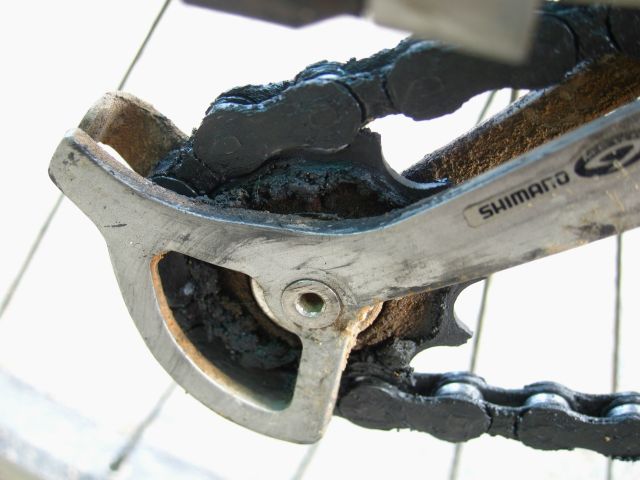 We had dinner at very small restaurant which was also a surf shop near the beach. They had the best noodles and tofu. We got sucked into staying an additional two hours because of the owner. She was a teenager during the war and had some amazing stories from her life. She was very pro-American, which was kind of surprising to us. We went to bed and got some rest. The next day is a short ride south to the touristy town of Hoi An.