We spent most of the morning trying to find a ride to Kampot. Having already done the 100km trip to Sihanoukville once, we weren’t interested in a repeat. However, it didn’t look like that was going to happen. The $5 bus wouldn’t take our bikes and the private minivans and taxis wanted between $50 and $65. Our daily budget is $50, so that was completely out of the question. So we rode.

The riding was actually really nice. Chan and I were worried we would be a little bored doing the same ride twice. We ended up seeing a lot of interesting stuff we hadn’t notice the first time. We were also able to visit the same sugar cane lady for another tasty treat. 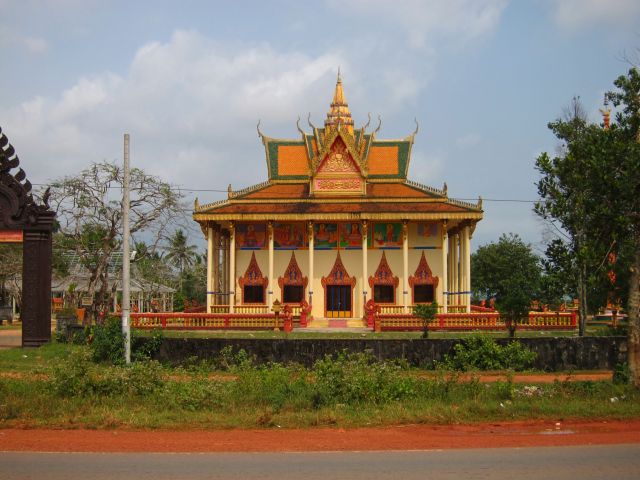 When we hit Veal Renh, the town at the intersection of highways 3 and 4, we tried again to find a ride. Everyone wanted $60, which didn’t make sense since that was the same price for double the distance. Oh well. It was already kind of late in the afternoon due to our tardy departure from Sinhanoukville, so we figured we would just stay there and go to Kampot the next day. We found a decent room for $6 with a safe place for the bikes.

We also found Johnny. He is from Texas, originally from Vietnam, and visiting his brother. He immediately invited us to have a beer with him. Suddenly, we were at a party. The owner and two other friends came over to hang out. They brought more beer and stir fried duck snacks. 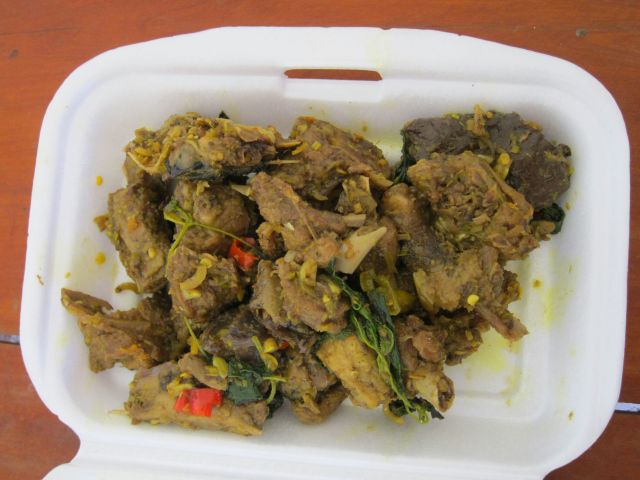 We had a nice time even though we spoke no Khmer and they spoke very little English, besides Johnny who acted as sometimes translator. We did learn how to count to 20 though, which actually would have been pretty useful to have learned a few weeks earlier.

In the Khmer culture, it is more acceptable for members of the same sex to show affection than a husband and wife. It is not uncommon to see men walking with their arms linked with each other, or to see them hug each other, whereas such behavior between men and women is not a typical public sight. So, as everyone had more to drink and the guys became more comfortable with us, they were more and more friendly with Chandler. Coming from a society that tends to shun affectionate physical interaction between men, it was a little unusual to see them holding his knee or trying to hold his hand.

Once it got dark, we couldn’t keep drinking if we wanted to ride the next day. So, we plead hunger and left to find some noodles and then went to bed really early.