Once we got on the road, the going was pretty tough as we were battling the wind that had helped us so much when riding the other direction. There were times we were both peddling so hard and barely going 8mph. This became demoralizing after a while. Chandler and I generally keep a good pace of 10 to 12mph, so we felt like we weren’t getting anywhere.

There were a few highlights though.

The weather besides the wind was otherwise perfect, cloudy and not too hot.

Maybe it will rain, but probably not

We saw some water buffalo that were close enough to take a picture. 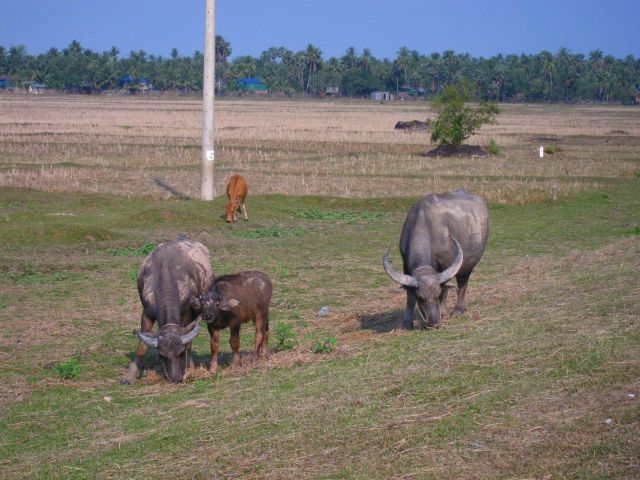 We also was another temple with an interesting roof. 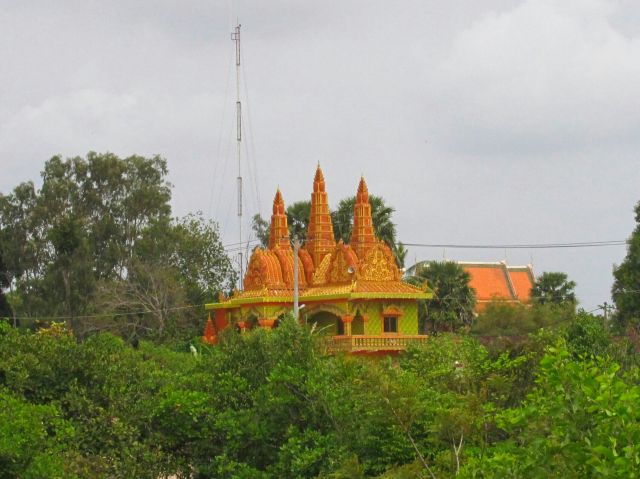 I think our favorite moment might have come from hearing some music by a dude we quickly called the Khmer Phil Collins. This immediately had us singing the 8 verses from the 3 songs we know by Phil Collins on repeat for the next 20 miles. It was probably as musically magical as we thought it was.

When we finally hit Kampot, we went straight to Cafe Espresso for lunch. The food was just as good as we remembered. We also found a cheap hotel in town without a bar, restaurant or other western attraction nearby, which meant QUIET! It would be our last night in Cambodia and we didn’t want a repeat of the last time we were in Kampot (Drunk 20 year old australians or whoever playing the same two songs at maximum volume for several hours after midnight).

2 comments on “Against the wind”