We finally succeeded in starting early today, before the sun was up even. We didn’t have much hope for finding anywhere open to eat, but then we came across a bakery! A steady stream of customers on motos were buying large bags of baguettes presumably to sell on their own or use in their food stalls. We loaded up on pastries like muffins, sugar cane jelly filled scones and something similar to a cinnamon roll. We passed on the hard boiled egg, ham pizza croissants and hot dog baguettes though.

The morning started out windy and cold. For the first time since we got to Asia, I wanted a sweater. A strong headwind made the first 20 km very difficult, but did help warm us up.

At the crest of a small hill, we ran into the family of bike tourist again. They had spent the night at a temple in a small village when they couldn’t find lodging. Outside of the temple were stone carvers working on a variety of large stone statues. They used hand tools and electric tools. It was incredible to see them at work. 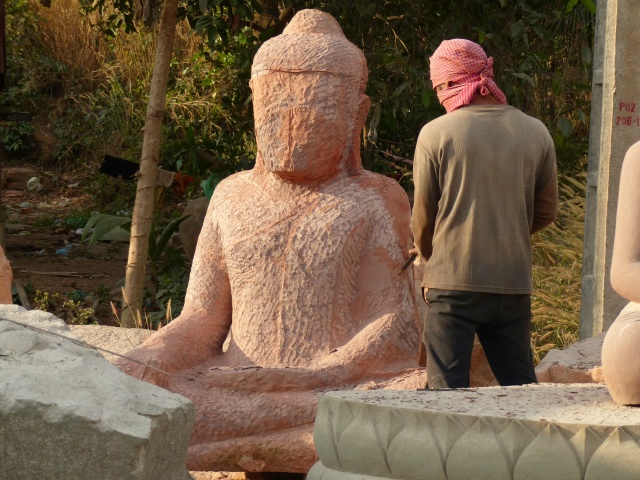 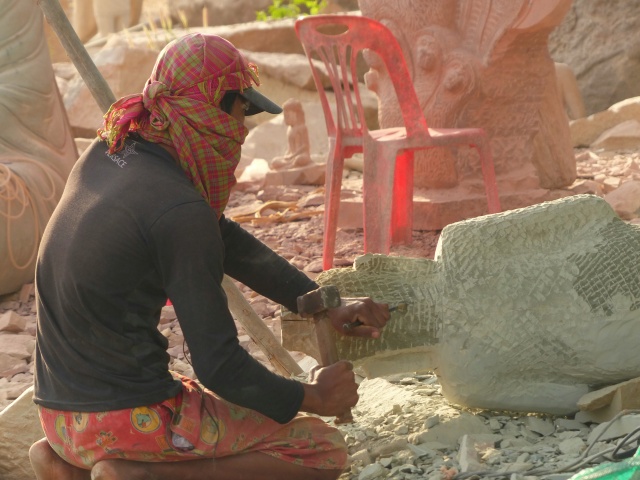 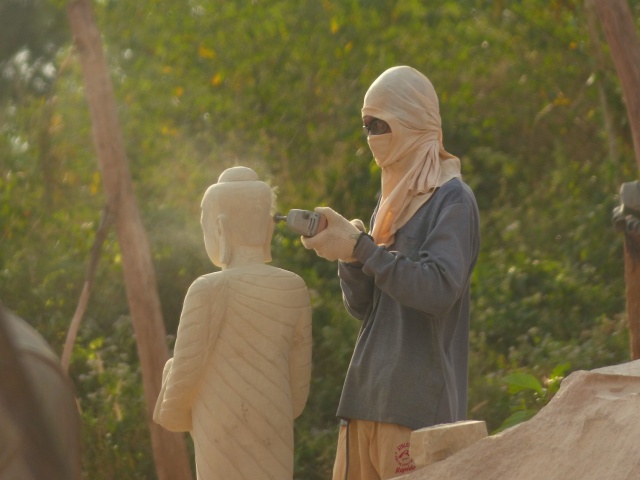 When we started up again, the wind had died down to a nice breeze. The road was flat and we were making good time. I was leading, focused on mileage, as we chipped away at our 100km day. We had so far to go, it was important to keep a stead continuous pace. At 50km into the ride, Chandler had to tell me stop because we were in a town and should eat something. So far today, we had passed very few places that appeared to have good food. One little village had about a dozen stalls all selling the same two things: little birds on sticks fried whole (legs, head and all) and piles of fried snakes, or salamanders or something…

With another 50km to go, the day was becoming much harder. We ended stopping every 10km for water or a snack. One thing that kept our minds off the distance we needed to cover were our encounters with waving, enthusiastic kids. My three favorite of the day: one naked little girl desperately running towards the road to shout hello, a little boy who yelled hello and then pulled a snake out of the mud puddle he was standing in to show us and a little boy who was squatting and pooping in a field while yelling hello at us.

We were so happy to finally make it to Siem Reap and checked into a hotel. Our total distance for the day was 66.5 miles. Our reward was pizza! Two pizzas actually. After such a long day, we even had a little energy to do a little exploring. 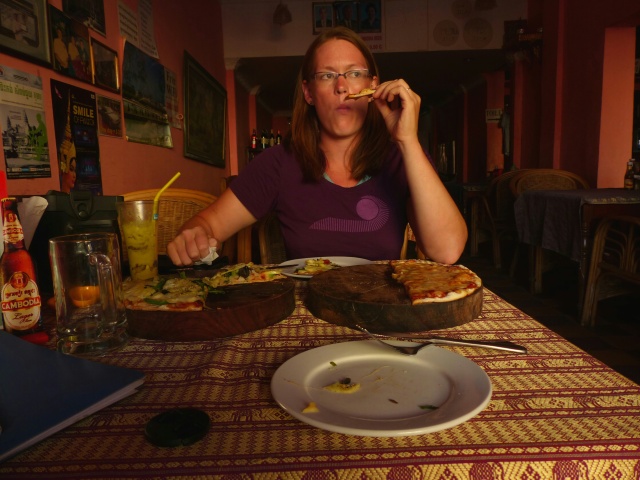 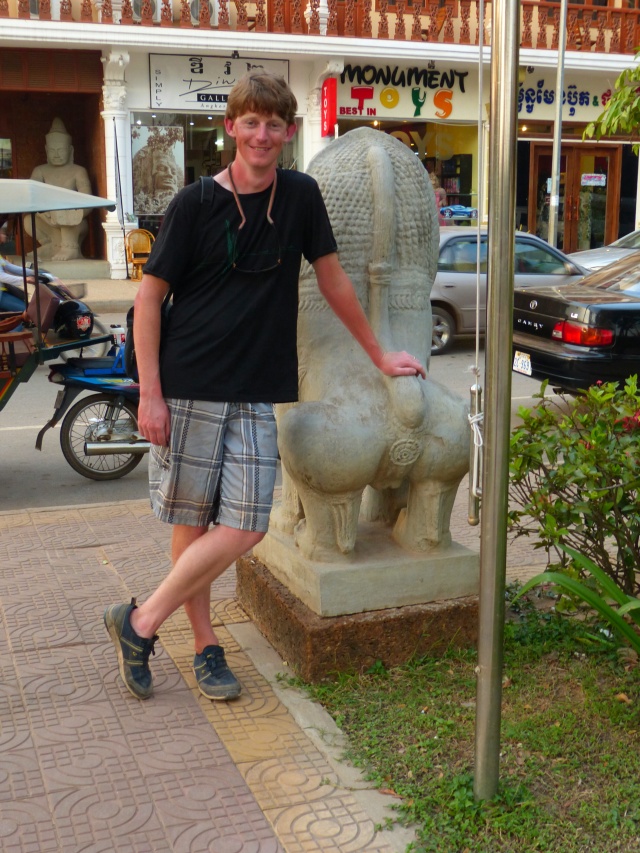 We didn’t make it to midnight though to celebrate new years with everyone else. Once we laid down in bed, it was over.