We woke up early, packed up the car, hit the road and headed for the trailhead. We figured we would get there pretty quickly, but we got a little distracted by some cows. The cows were so different looking and cute, I had to get some photos. Chan thought they looked like Muppet cows.

Somebody needs a haircut 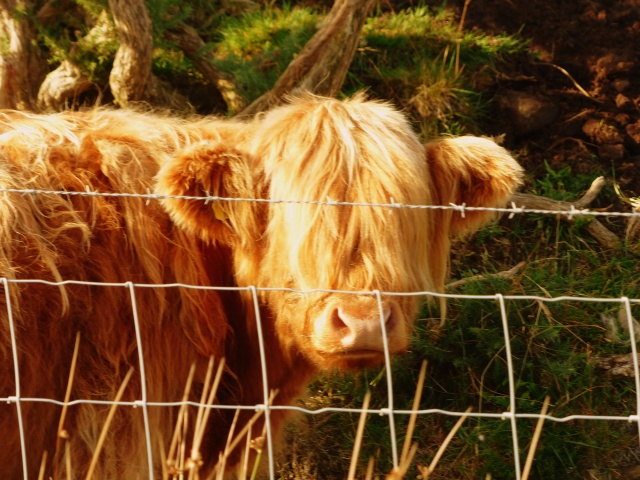 Soon we were on the trail. The scenery was immediately stunning as we hiked along the coast. We had no idea what to expect but were hoping for an easy 6 mile walk along a cliff edge. We were headed out to a bothy, which is an old sheep herder’s cabin that was restored by locals to be used by campers for free. Sounded perfect to us.

Not a bad view

The hike wasn’t too difficult, a little more climbing than expected. The trouble started when we hit 7 miles and still no bothy in sight. We had the GPS coordinates and decided to just hoof it over land instead of remaining on the trail which meandered along the top of the cliffs. We ended up walking through the moors and our shoes were soaking in no time. After an extra 3 miles, we finally reached the bothy.

We immediately removed our wet shoes and relaxed outside in the setting sun. We opted to have dinner outside and I began cutting cheese and tomatoes for a Mexican feast when I noticed several small ticks all over my legs. Ticks were EVERYWHERE! We had to retreat inside the dark cabin for our dinner and a little après hike refreshment.

The next day, we hiked down to a nearby beach to collect some firewood. 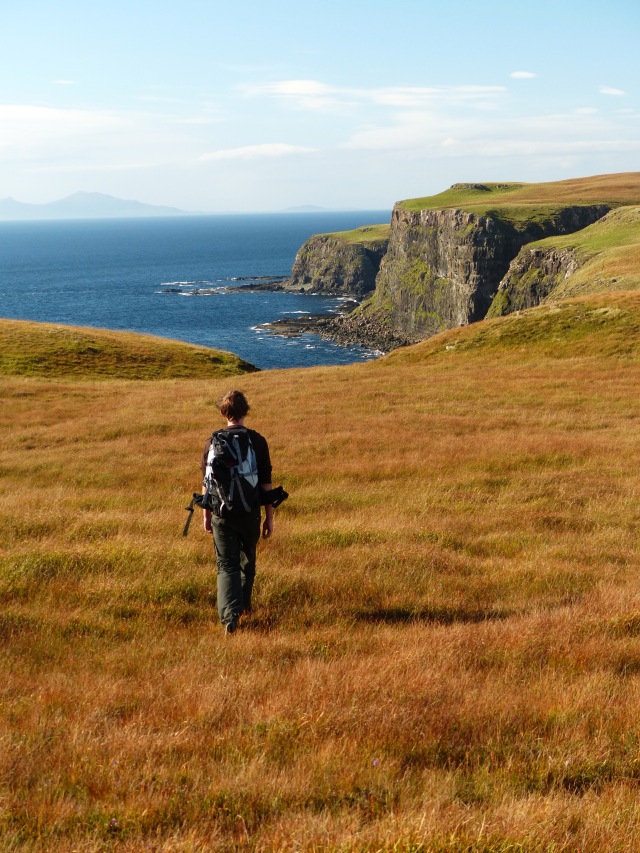 Off to collect wood

The beach ended up being covered in washed up litter. We were able to collect a bagful of wood, enough for our purposes and the next person who visits the bothy. Not wanting to head back yet, we ended up playing with the jetsam. There were so many buoys and plastic bottles full of liquid that we developed a game of throwing these items against the rocks, trying to make them bounce and explode. It was pretty fun until a rigid plastic buoy exploded and sent shrapnel in my direction, then the game was over. 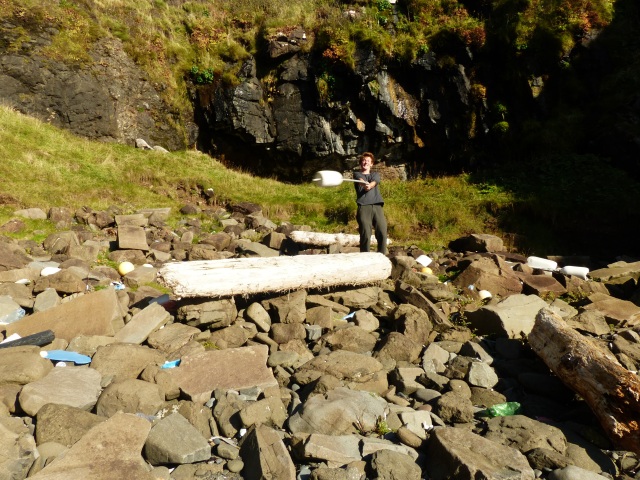 The next day, it was time to hike out. Not wanting to do the same route twice, we opted hike overland. This route took us up and over one big hill and down the other side. We had no trail, so our feet were instantly soaked again, but we had about 5 miles less to travel.

Help from a barbed wire fence

Happy to finally reach the car, we took off our wet shoes and socks and headed to Inverness. We drove along Loch Ness for a while, but as hard we we looked, we did not see the monster. Instead we saw the ruins of a castle and learned some facts about John Cobb. 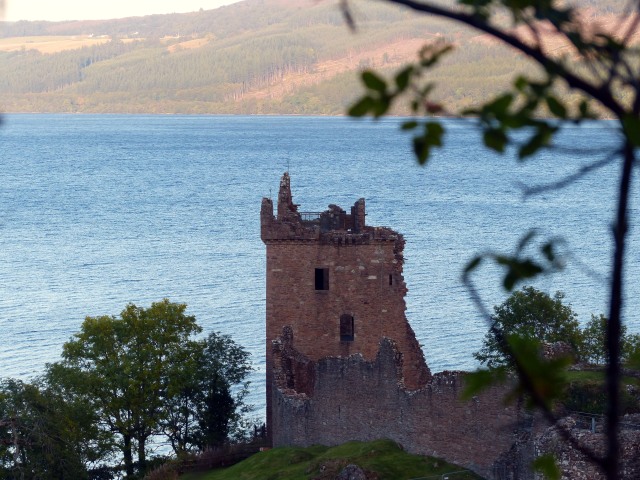 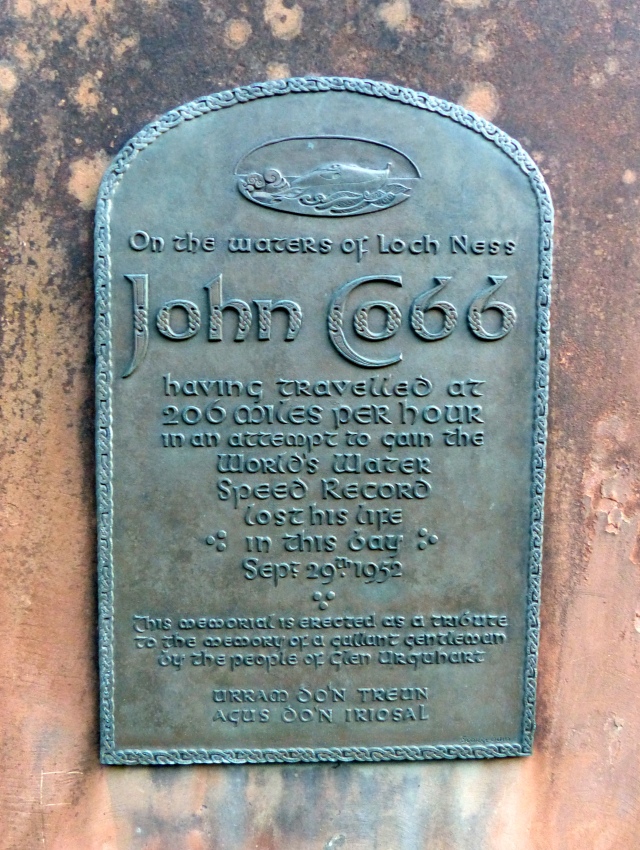 We found a nice little campsite right on the river Ness, grabbed some fish and chips plus a few Guinness (Chan’s way of sticking it to the UK). We fell asleep to the sound of rather heavy rain on the tent.

2 comments on “Isle of Skye”