We woke up early and everything was quiet. The campsite was pretty trashed by the kids, with beer bottles scattered around. They had taken our camp stools from next to our tent, which Chan eventually found near the smoldering fire. We made breakfast, then Chan got in a little passive aggressive revenge by experimenting with a new technique of cleaning the pots and pans: banging them together really loudly. It didn’t clean the pans at all, but it did rise some miserable groans from the tents, so he chalked it up as a relative success.

So many bike routes to choice from

Feeling much less grumpy, we cycled off towards the only Trappist brewery in Holland. There are only 8 Trappist breweries in the world and we had been anticipating Belgian beer since arriving in Europe, so it wasn’t even a question if we were going.

To be an official Trappist brewery, there are a few rules that must be followed. The basic rules of being a Trappist brewery are that the brewery needs to be within the walls of the monestary and be brewed by, or directly under the supervision of monks. Also the main purpose of the brewery needs to be to generate income to support the monks. Sounds pretty cool, let’s go drink some beer!

Entrance to the monastery 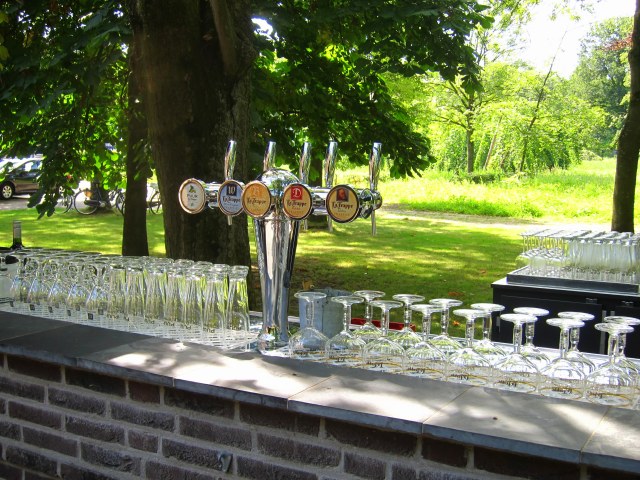 We arrived at the La Trappe brewery with high hopes. The tour didn’t start for awhile, so we grabbed a table in the restaurant and ordered a couple beers. The bar/restaurant area was really nice, and although we were in an monestary, we felt like we could have been at any high-end beer bar, so the atmosphere was a little weird. Chandler had the Dubbel and I went with the Blonde. The beers were really good, but being typically Belgian-style, pretty boozy. We finished our drinks just time for the tour, which ended up costing 10€ per person. We thought the price was a bit steep but assumed the tour and free drink would be worth it. Boy, we were wrong.

The tour started with a movie in Dutch with English subtitles and the beer. Half the group spoke English, and all of us that did were on the 10€ tour. Apparently there was another higher-end tour that they stuck us on with, and they all spoke Dutch and got 95% of the attention. The tour guide would go on for about 5-10 minutes talking about a part of the brewery in Dutch, then give us literally two sentences in English. We’re used to this, and yeah it’s our fault we don’t speak Dutch, but it wasn’t a free tour and the half of us that spoke english were definitely treated like second-class riff-raff.

On top of all this, the tour guide knew almost nothing about the actual production of beer. She showed us a big room and said “this is where the beer is made”. Chan asked a few basic questions about the process, and she just told us the recipe was “secret” in a coy way. She was just a public relations bobble-head who clearly didn’t care if we learned anything about Trappist brewing.

The focus was on a bunch of propaganda bull but about how green the monastery and brewery have become, as she showed us a dozen solar panels on the roof. In the end, we discovered that the La Trappe brewery is owned by the Bavaria Corporation, so everything suddenly made sense. We later found out that their “Trappist” title had been stripped from them a few years ago, and only recently reclaimed after they reformed some of their dubious practices. 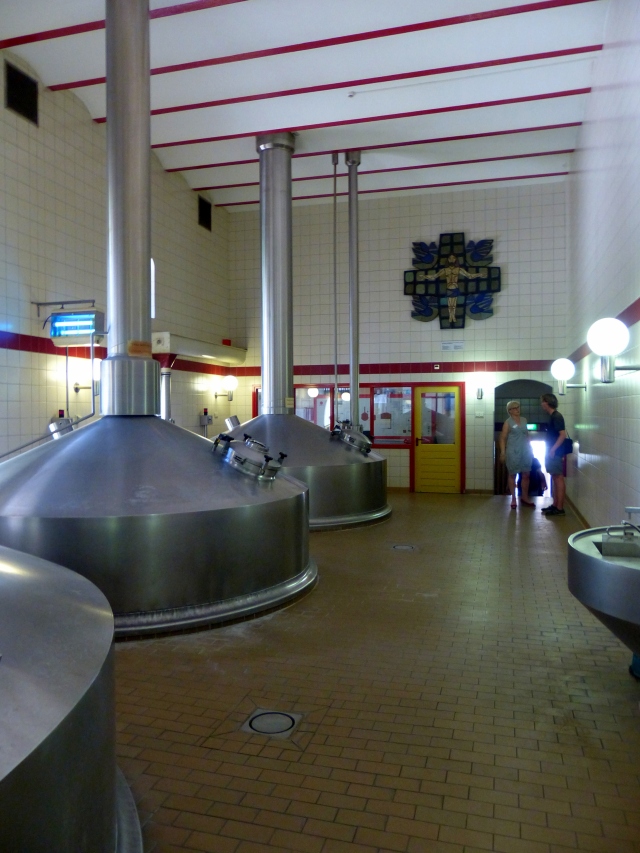 This is where the beer is made. No questions.

We left feeling disappointed and that we had wasted money on the tour. It really would have been better to not gone on the tour and bought a six pack at the grocery store and read about the tour online instead. The biggest peeve was that the beer was pretty good. Oh well.

We spent the night at another free campsite. As we rode up, the only thing we hoped for was that it would be empty or occupied by adults. We were happy to discover that we were the only ones there! The site ended up being really nice with a fire pit and trees for our hammocks. We went to bed early to catch up on lost sleep. 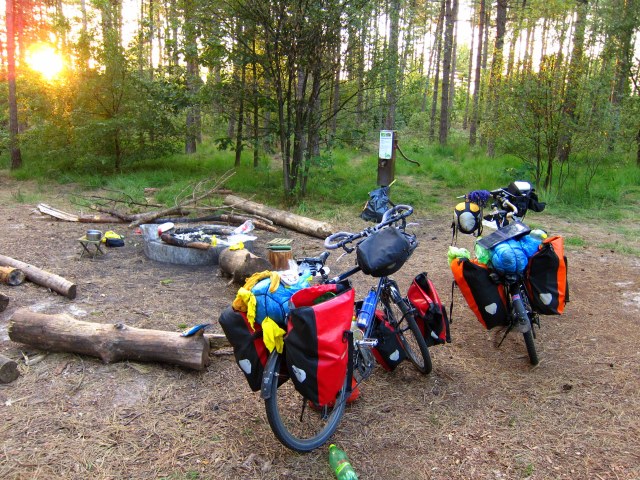