We picked a good day to spend time in a museum because it rained very hard the entire time we were inside.

The Mercedes-Benz museum was really well done. Surprisingly, there was an unemployed person’s admission rate, so Chandler and I only had to pay half the normal price. There were free audio tour devices and loads of information. And of course, cars!

The building was shaped like a giant spiral. At the top, we began with the invention of the engine and its first cars built by Daimler and Benz, and as you walked down and around the floors, the displays progressed through the history of the company. 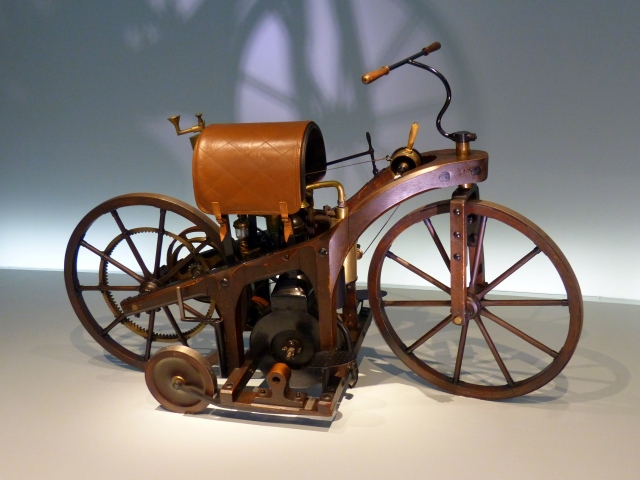 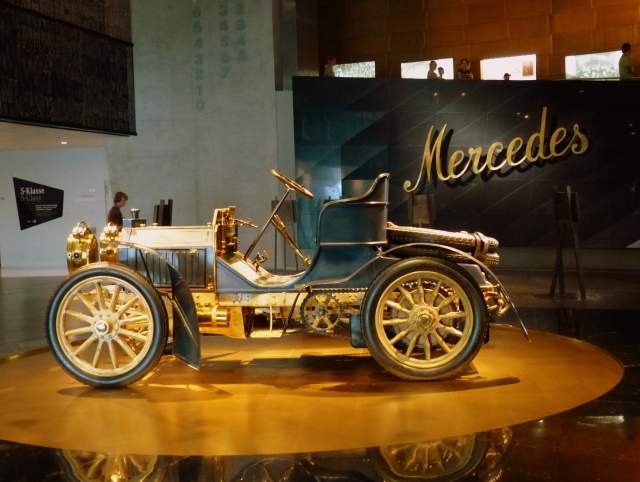 It was interesting to learn about the history of the different companies that merged to create the Mercedes-Benz brand. Benz comes from Karl Benz, who invented  the first petrol-powered car and Mercedes was actually the daughter of a business man who financed the development and manufacture of race cars.

Winning cars from the years

There was also a section of Mercedes driving by famous people. Princess Diana’s red Mercedes 500SL, a bus used by a soccer team and a car owned by Ringo Starr were among just a few on display. However, my favorite was the Pope mobile, designed for the visit to Germany by the Pope.

We were also given a little preview at what is to come. 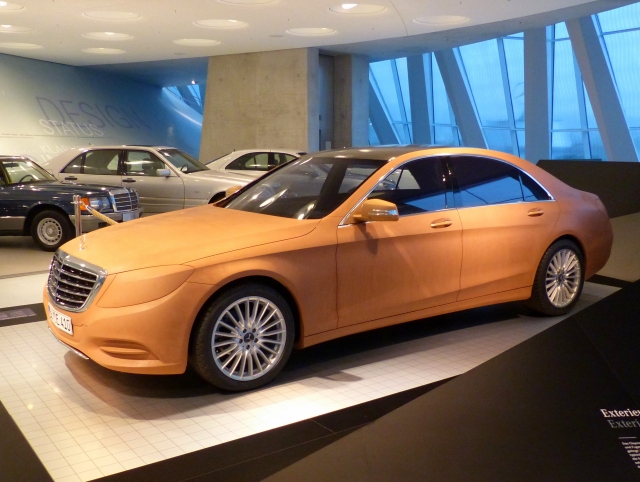 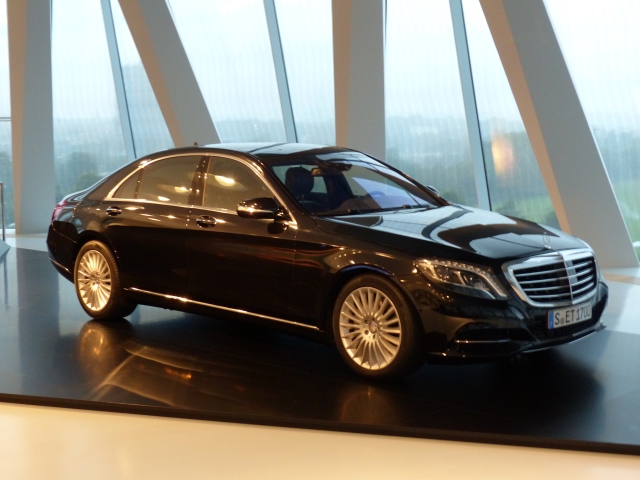 It was a nice day to do something off the bikes and out of the elements.