As per our agreement, we woke up bright and early at 6am. While we wanted to get on the road quickly, we didn’t rush breakfast and used the fast internet connection one last time. At 730am, we were loading up the bikes when the owners came out to say goodbye.

The first 50km were flat and fast. We made excellent time and were delighted to find the traffic to be courteous. As an added bonus, I was feeling really strong and ended up being in the lead.

Beautiful way to start the day 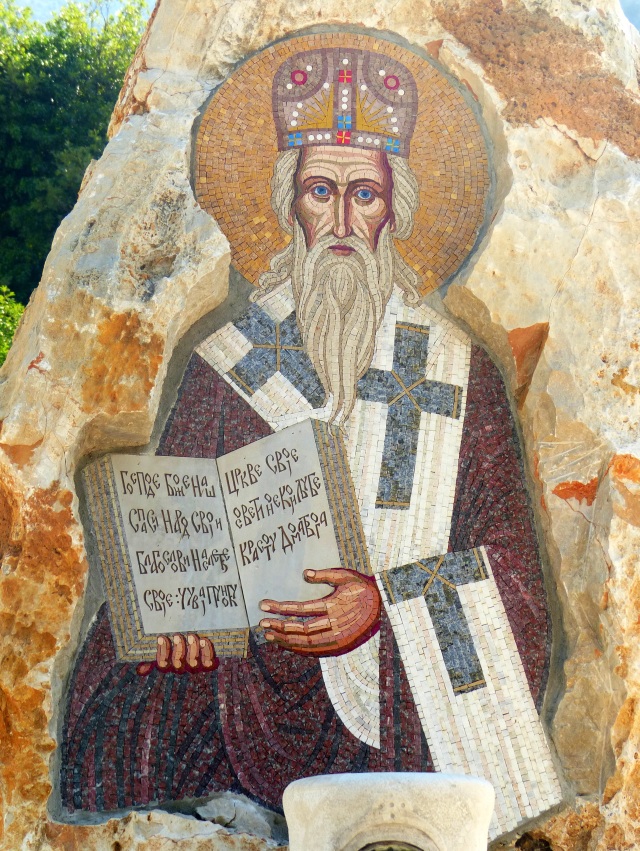 At the half way town, we stopped at a gas station for some cold drinks and ice cream. Our break lasted about an hour, then it was time to get back on the bikes. We were dragging a little as we knew there would be hills coming up.

As challenging as climbing one mountain for several hours can be, rolling hills are worse. It is difficult to get into a rhythm because gears are constantly being changed and the downhills are too short to be restful. We also had the added bonus of no shoulder on the brand new but super narrow road. Traffic volume increased and though everyone was pretty courteous the road was way too small for everyone.

We started seeing buildings with bullet holes in the concrete and signs about landmines. We stopped a couple more times to catch our breath, have a snack and fruitlessly scour the map for an alternate route. 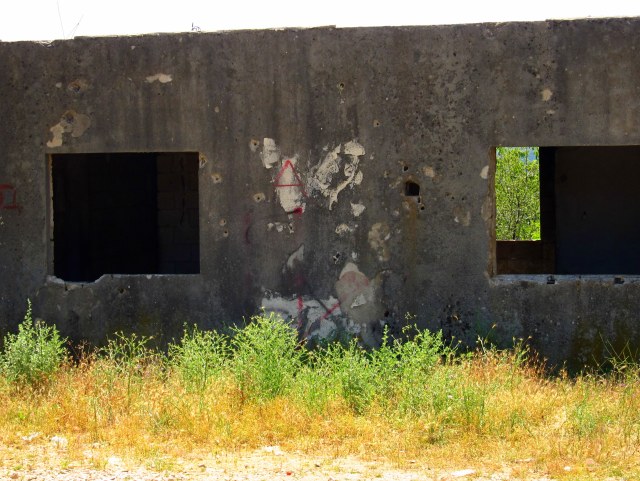 Eventually, we got through the hills and hoped it would be smooth sailing to Mostar. But no. As soon as we hit flat ground, we also hit a serious headwind and rush hour. Traffic became impossibly dense, now clogged with big rig trucks and tour buses. We saw a few other recreational cyclists out on the road which seemed insane, but confirmed to us that there wasn’t some other, nicer road to be on.

A few miles outside of town, we threw in the towel and stopped at a hotel. It was a good thing too. We found out later that there were no hotels in Mostar under 30€.

It had been a long day. The riding by Trebinje was great but we were wondering if we made a huge mistake in our route selection by coming to Mostar. Tomorrow we’d go see the famous bridge in town and try to make an escape from the traffic madness. Chandler spent the evening route planning on his new Open Street Map based GPS map and I Skyped with my friend Andrea in Nome.