Our bus ride to Delhi was not as pleasant as either of us had hoped. We were in a semi-sleeper, which means the seat recline a little more than a normal airline seat, but not enough to really sleep. The shocks on the bus were also completely shot and we felt every bump and dip along that road. Chandler snored softly next to me as I spent the first few hours fighting off wave after wave of nausea while the bus made its way down a very winding road. Eventually, I was able to fall asleep and happy to wake up in Delhi.

Although neither of us were well rested and it was 5am, we found our way to the metro from the bus station. Chandler handled everything and just steered me to the right train and again when to get off at the right stop. We made it to Hari’s before he had even got up for the morning. We went into a wonderfully air conditioned room and chatted about what we had done in India and what we needed to accomplish before flying out the next day.  Somewhere during the conversation, I feel back asleep, Hari left for work and Chandler found a bike shop which claimed to have the parts we needed.

We spent most of the next two days hiding in Hari’s apartment with the air conditioning blasting as it was 46°C or 114°F outside. We would shut all the doors and all sleep in the one room, so not to waste energy trying to cool the entire apartment. We even ate dinner in the bedroom when Hari got home, because the heat was just unbearable. We did manage to get our errands done with no problems or melting into puddles.

Hari and his friend from work also took us to a bar with live music one night. The band would play requested songs and sounded really great. They played anything from Guns ‘n’ Roses to Gangum Style to Lady Gaga. It was a nice note to leave Delhi on.

Finally, the time had come to go to the airport for our flight to Istanbul. While we were sad to be leaving India, Hari and all the amazing food, we were excited to be getting out of the heat. We were both looking forward to getting back on the bicycles. It was nice taking a break in India, but traveling by bus and train had really made us miss and appreciate transporting ourselves.

Hari arranged for a driver to pick us up at midnight. The driver tied down three of the boxes onto his roof rack with a very thin cord after jamming one in the back with me. I was sure I would hear our bikes crashing to the ground at some point during the ride. Luckily, everything made it in one piece. 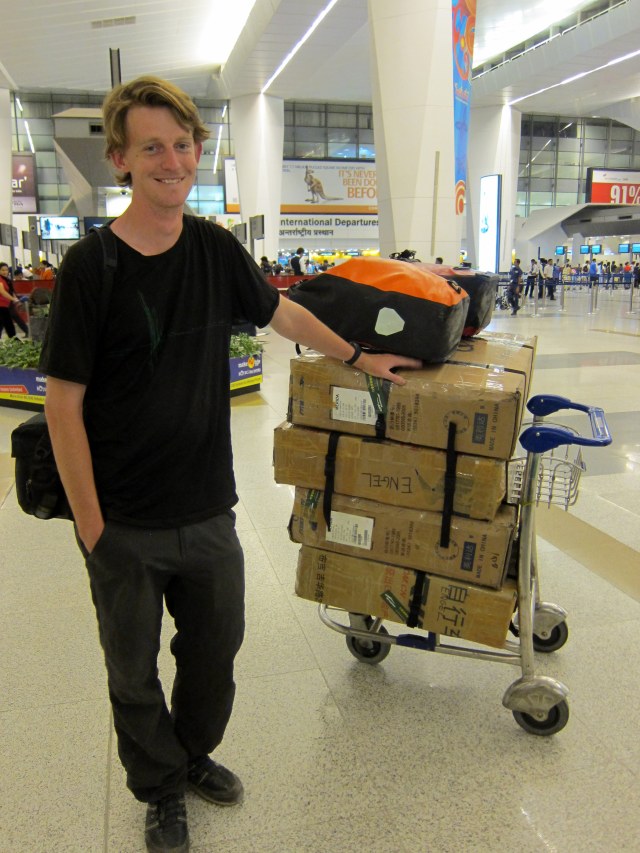 We had a little trouble checking in because our award ticket had us going through Moscow and France en route to Istanbul, Turkey. Apparently, this raised some sort of red flag and it took a supervisor an hour to get us checked in. Luckily, in the midst of the confusion, they accepted our request to check our bags all the way to Istanbul, even though we were going through so many countries and changing air carriers along the way. Once again we dodged some potentially high excess baggage fees. With everything figured out we were issued tickets. After a few hours of waiting around, we boarded our plane and I immediately fall asleep. Chan apparently tried to wake me up at one point when he notice the in flight map showed we were directly over Kabul, Afghanistan, but we were way up above the clouds and he couldn’t see anything on the ground so he let me dream away. I woke up an hour outside of Moscow.

We had our passports checked and our carry-ons re-scanned before actually being permitted into the Moscow airport. We were immediately in a cloud of smoke as the smoking area was a square of tape on the floor with a vacuum system attempting to suck the smoke out of the air. We found a café to wait out the few hours until our flight to Paris. We hadn’t done any research about exchange rates so even though there were prices on the menu we had no idea what a Ruble was worth. Later, we found out that we ended up spending over $30 on coffee and sandwiches, and chalked that one up to experience (Chandler proclaimed it the best coffee he’d had in 6 months, so maybe it was worth it). The plane took off and landed uneventfully in Paris and we started the whole process over again. Finally, at 7pm, we boarded our last flight of the day to Istanbul. 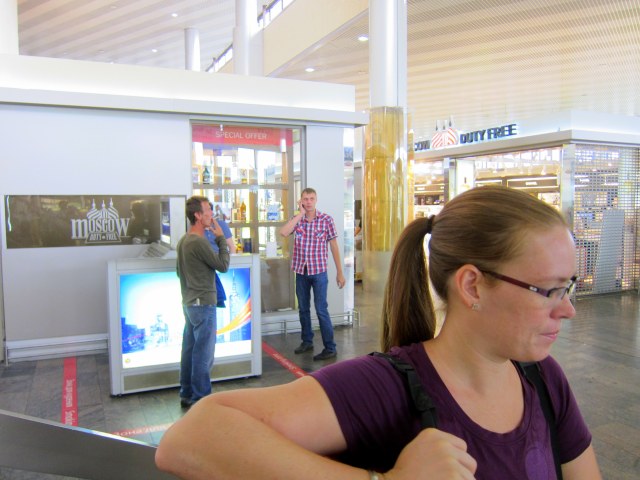