We woke up feeling great after a wonderful night’s sleep and had another dry meal. Good thing we carry lots of dry goods and quick snacks with us, otherwise it would have been a rough morning. When Chandler returned the key to our room to the owner of the store, he tried to slip in ¥20, but our friend refused to accept our money. We figured we would buy a few extra bottles of water from them as it didn’t seem like they got much business. 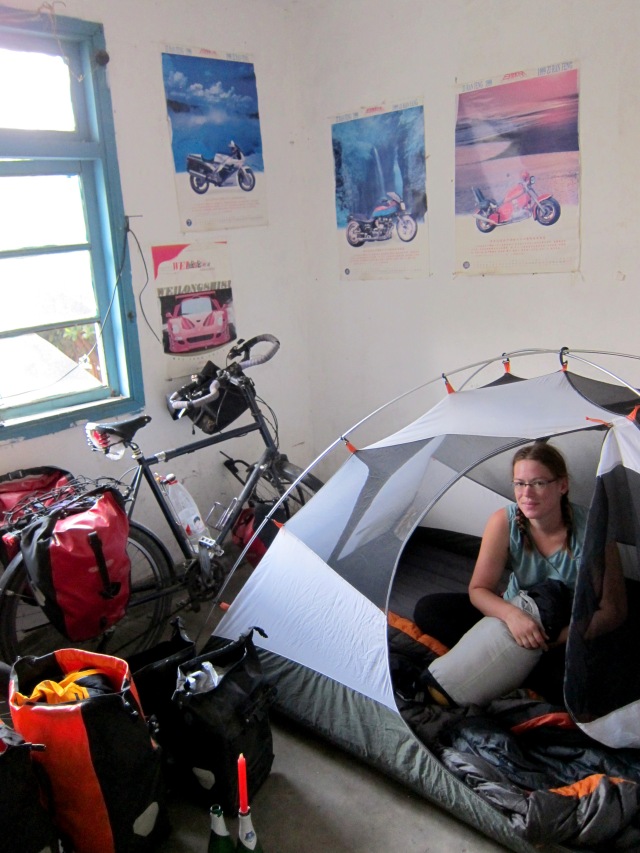 We said good bye and immediately started climbing again. The weather was cool as we made our way up the mountain. We passed by a number of abandoned roadhouses, no longer needed after the construction of the new highway. I got a bit discouraged when we would approach what appeared to be the top, only to find the road snaking further up the mountain. I swear we were climbing forever. While it was tiring, we were traveling through some of the most beautiful scenery of the trip so far. 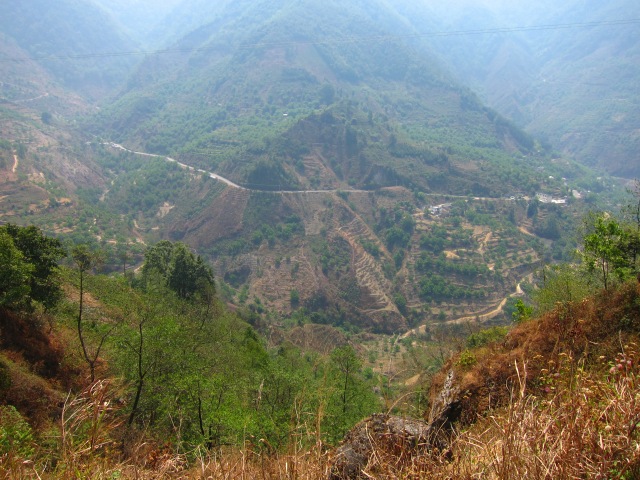 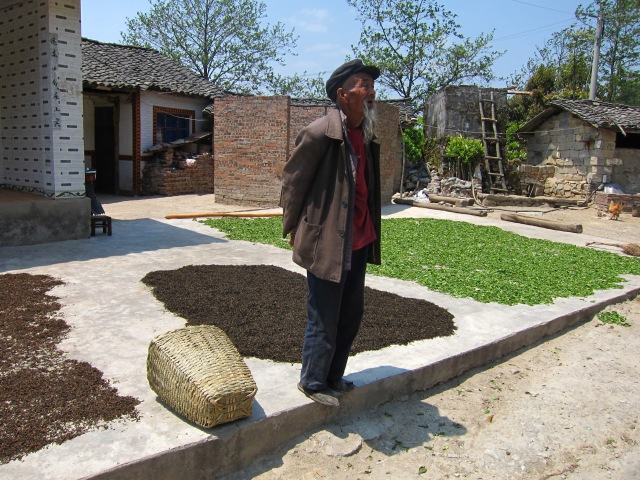 We had a victory feast of triangle cheese, crackers, dry ramen and bananas with chocolate and peanut butter when we reached the top. We had just completed our biggest pass to date and were ready for a relaxing downhill. Downhill we went, but it was anything but relaxing. The road was in awful condition, covered in potholes, cracks and poorly repaired potholes. It was more comfortable to stand up than sit down through the jarring ride. I was just as tired when we finally reached smooth pavement after standing up for 20km as I was when we finally finished the climb.

We then pedaled through a valley where the traffic and wind picked up and our moods started going downhill. The lack of consistent meals has made China a challenge for us to maintain positive attitudes. We stop for snacks, but that can only go so far before we find ourselves in the same predicament again.

We had one more much smaller pass to complete before reaching town. The road rolled up and down several times, confusing us as to where the actual top was. We stopped for an Oreo snack, thinking we were finally done climbing for the day, but ended climbing up two more small hills. Finally, we reached an area overlooking a huge valley with a city nestled against the mountains.

We pedaled through town until we found what looked like a new hotel. Chandler went inside to check out the room and prices, while I was entertained by the locals. Several children got up the courage to chat with me and eventually showing me their English school books. We finished the night with the usual plain ramen noodles for me and street food for Chandler. 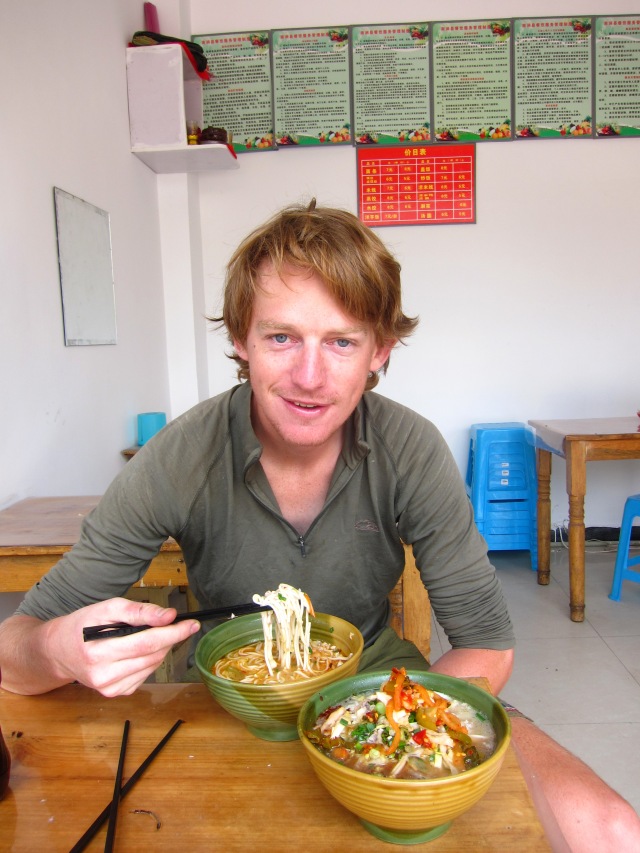 The next morning we listened to a baseball game and were treated with the Red Sox beating the Orioles. After that, it was time to fix the stove. We figured that if we could just find a bit of leather, Chandler could make a new gasket, replacing the flimsy silicone one that came with the stove and was now in pieces. We ended up walking all through town, passing the commercial area into the industrial area with people welding outside and huge semi truck mechanic shops. It was only when we had given up and were returning to the hotel that Chandler spied a cobbler mending shoes on the street. He looked through the old lady’s pile of cut up old shoe scraps and selected two different thickness of leather. Back at the hotel, he made a copy of the broken gasket and our stove was working again within minutes. 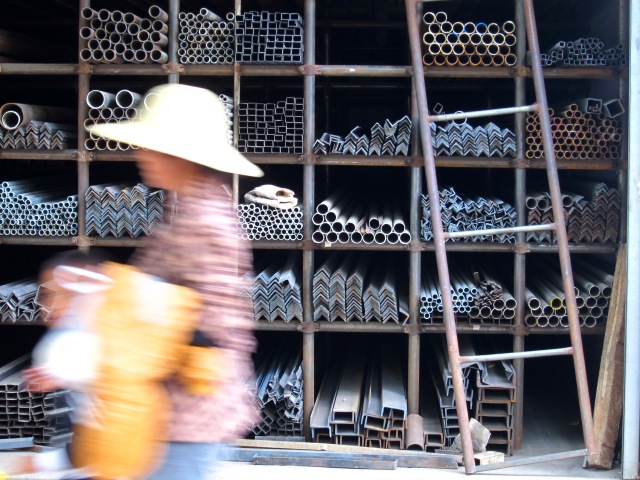 After our luck with the stove, he decided to tackle another problem. His front wheel had been making some noise so Chan took apart the front hub and found some grit had made it through the seals and trashed to bearings inside. Armed with the words “ball bearings” written in Chinese thanks to Google, he made the rounds through the industrial area stopping at all the motorcycle repair shacks. Motorcycle bearings don’t use ball bearings, so he struck out there. Finally, he found a few bicycle shops but the owners were absolutely clueless about ball bearings despite Chandler’s intricately drawn section views of a bicycle hub. All the bikes in the shops were absolute crap and the owners didn’t seem to know anything about them except maybe how to bolt the wheels on. Frustrated, he was finally able to find of all places at a fishing rod store (fishing reels use ball bearings) that also appeared to repair bikes. He was able to get a handful of used ball bearings a size too big, but they were better than the shattered ones rattling around in his hub and would hopefully limp his bike to Dali without causing too much harm.

2 comments on “The neverending climb”