We slept in knowing we had a short ride of only 35 miles or so ahead of us. The woman running the kitchen didn’t speak much English, but she knew coffee, omelette and bread. Magic words to us. While we waited for breakfast, she brought over bananas and a pot of green tea. Chandler and I began discussing ways to convince her to follow us and be our cook. 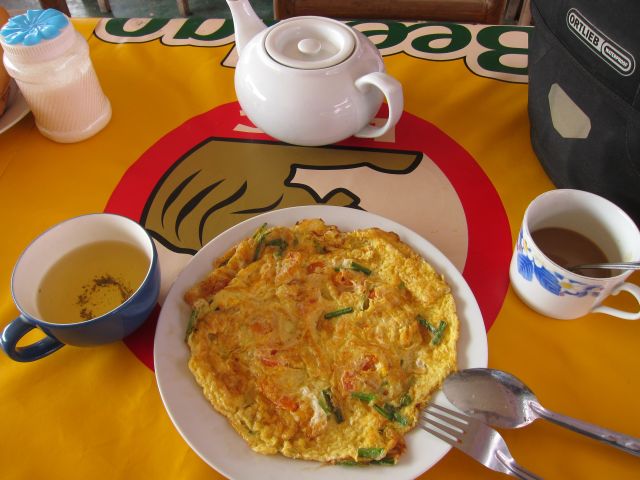 When we finally hit the road, we were in excellent moods and excited to reach Vang Vieng. There were a number of steep hills to climb, but we paid them little attention because was so beautiful.

There was little traffic, just a few buses and motos. They gave us plenty of room on the road. The road conditions were also good. A few pot holes, but nothing you couldn’t avoid. We did hit a few road blocks of cute baby goats and herds of cows. But, those are my favorite kinds of traffic jams. 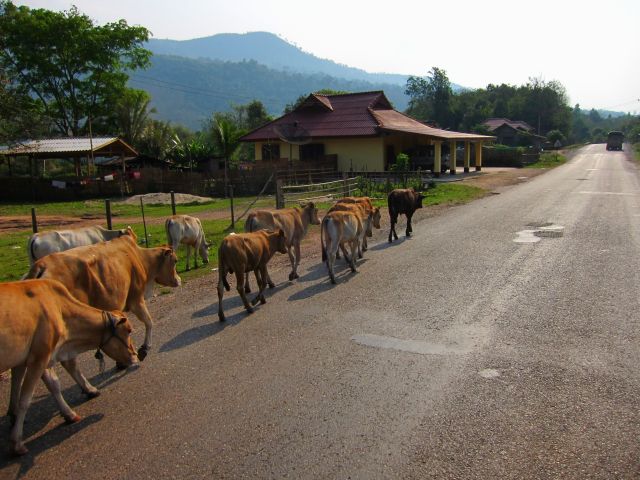 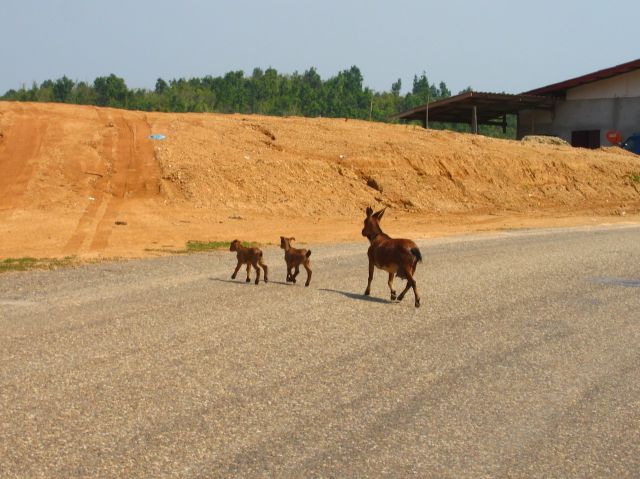 At one point in the day, we passed a group of kids out on their lunch break. They all lined up and gave us high fives as we cycled pass them. I felt like the star athlete on a sports team, it was awesome.

We stopped for a break shortly after being cheered on by the students. Chandler got some soup and I just had a soda. We chatted with another tourist from europe exploring Laos by motorbike and were back on the road after 30 minutes or so. It was hot and hilly, but not too bad, but we both hit the wall. The next 30km took us forever. We were beginning to become grumpy with each other when we hit the edge of town. Seeing the name of the cave advertised had us laughing and lightening up. 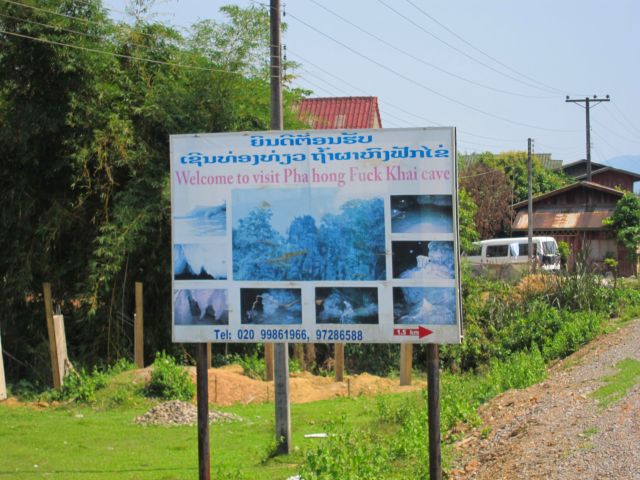 Must be a typo

Vang Veing has a reputation of being a major party town, with lots of drugs and drinking. The Laos government recently cracked down on attractions promoting bad behavior. We were pleasantly surprised to find a subdued town in a beautiful setting and decided to get a hotel in the center of things. The first hotel was priced at the high end of what we were willing to spend, but they had wifi. So, Chandler went to check out the room. He came back and said one word: POOL!

Chandler does not like swimming pools, so the fact that he was willing to swim in this one was very exciting for me. We spent the next hour playing in the refreshing cool water until dinner. Everywhere in SE Asia should have a pool. 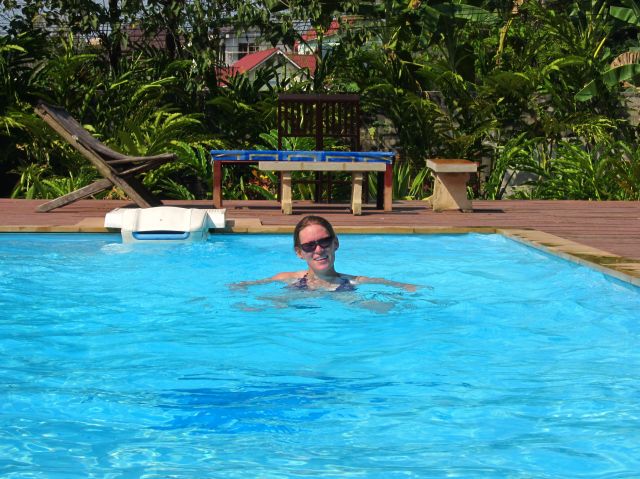