6am is probably the wrong time to ask me if I want to sleep in or get up and ride. I think Chandler knew the answer before I even opened my mouth. So, we slept until we woke up naturally, around 9am.

I think sleeping in and relaxing is just what we needed. Kampot is the kind of town that makes you want to relax and take it easy. Chandler and I got a really good feeling from the town.

We found a nice cafe with real coffee, not Nescafe! Cafe Espresso not only had delicious drinks, but also wonderful western food. We had a nice brunch and decided to return in the afternoon for some ginger beers.

Meanwhile, we went to the office at FarmLink which is an organization that aids pepper farms and workers in the Kampot region. We were able to learn the process of producing various kinds of pepper and have a small tour of the building were the girls sort the good berries from the bad. The girl we spoke to said they all really like their jobs because not only were they together, but they get Saturday and Sunday off. That is a real treat. Most people in Cambodia work 7 days a week. 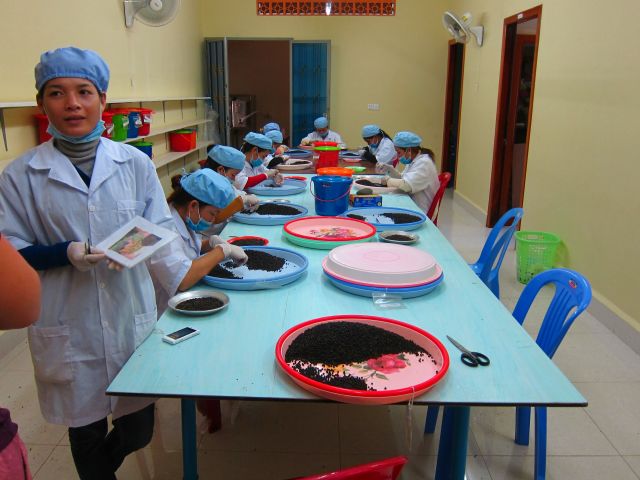 The pepper is grown on vines and start producing berries after three or four years. The timing of when the berries are picked partially determines the type of pepper produced. The green berries produce black pepper, while fully ripened berries turn red and are individually picked from amongst the unripe berries to produce red pepper. White pepper is made from black pepper that has had it’s outer skin removed through a boiling process. The berries are dried in the sun until hard and then combed through one by one by hand! During this process the workers remove rocks, stems or unattractive looking peppercorns. Apparently they destroy the peppercorns that don’t past the test, because they used to sell them as seconds, but competitors started buying them selling them to tourists as Kampot pepper, diluting the quality of the product. 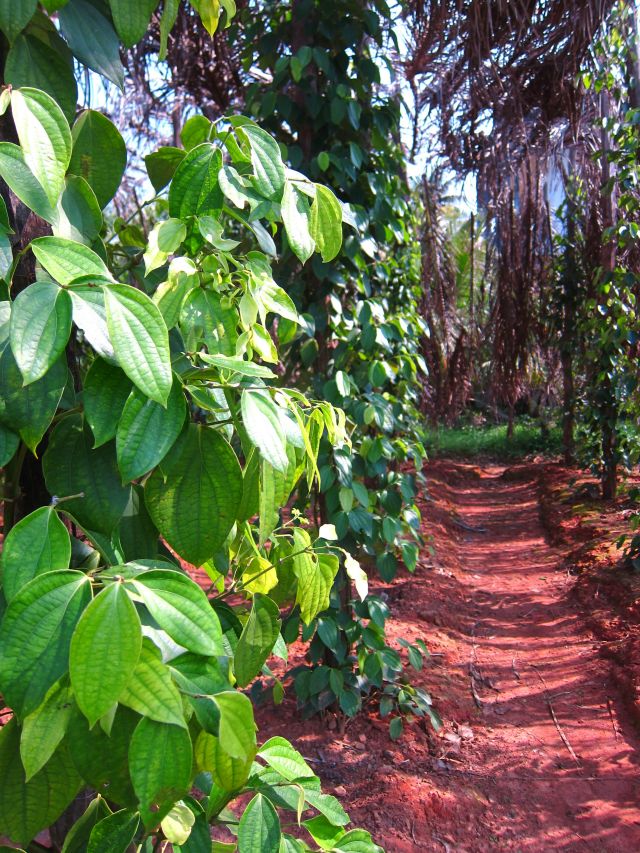 Grow me some pepper 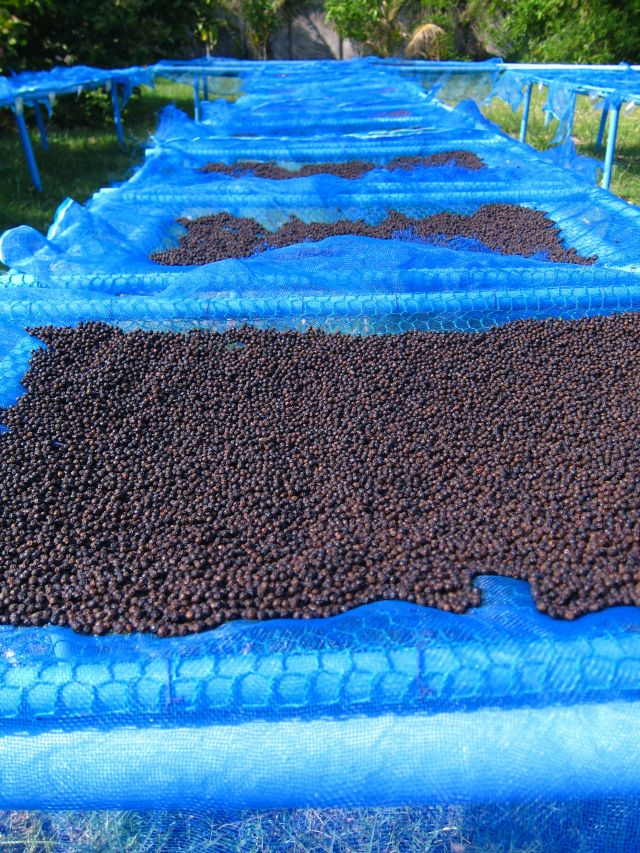 The whole pepper scene here sounds pretty complicated- with Kampot Pepper recently receiving an official Geographical Indication status, which is apparently similar to the status enjoyed by farmers of Champagne grapes and Florida Oranges. This recognition has miffed other Cambodian pepper farmers from different regions as the value of their product has diminished relative to the “real” pepper. Additionally we heard rumor that some of the pepper found in markets catering to tourists may be supplemented with pepper from other sources, such as Vietnam. Farmlink makes a big deal about traceability in their advertising materials which are quite slick- all of their products have codes that can be traced back to the farm they came from- sort of like the Icebreaker merino wool farm tracing program. I’m not sure how much oversight the program has, but the products they offered were much more uniform and didn’t have any of the stones and stems that the packets from the souvenir shops in town had (which were half the price).

At the end of the tour we were given a little taste test of black, red and white pepper. They all smelled amazing, and each had a strong, unique flavor. Because we were going to be coming back through Kampot after heading down to Sihanoukville, we decided not to buy any souvenirs until later.

After our pepper lesson, it was time for ginger beer! We headed back to Cafe Espresso and ordered dinner and a few drinks. This was my first alcoholic beverage since we have been in Asia and it was probably the best ginger beer I have ever had. I love ginger beer, however most ginger beer in the US is heavy on the beer and light on the ginger. This drink was more of an alcoholic ginger ale and very refreshing. The owner of the cafe makes it himself in large water jugs, but it was very well done without a hint of homebrew tang! 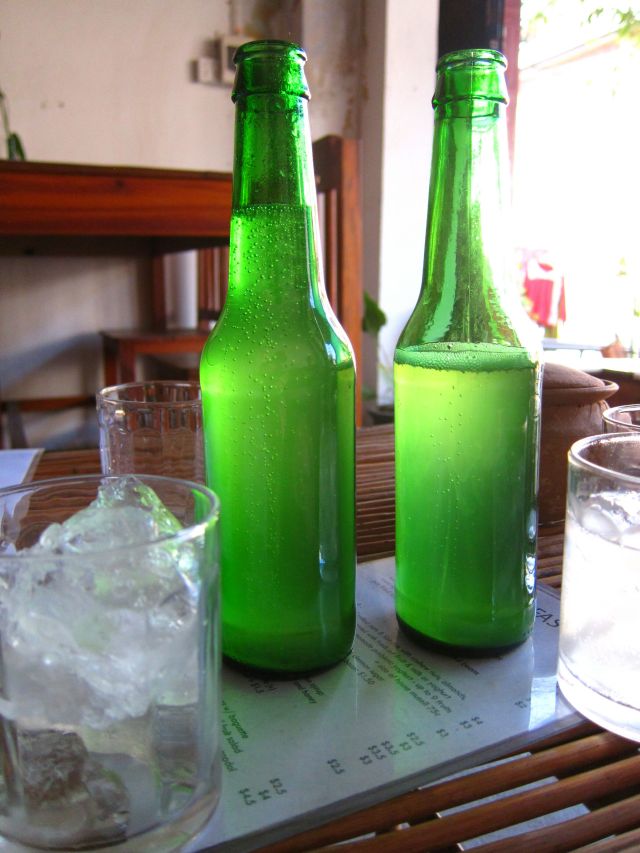 Tomorrow, a long ride to the beach in Sihanoukville!