We decided to explore around Chanthaburi for today. The guide books and internet reviews say the place is not touristy and implied there isn’t anything particuarly special to see. Maybe this is why the place seemed interesting to us. The city is well known for its gem stone market, which didn’t appear to be very active while we were there. Other than that it seemed like a normal urban center without the distraction of being a landing zone for masses of tourists. We found a vibrant street market serving all kinds of food which was fun to peruse. They were also in the process of gearing up for a new year’s celebration with a half assembled carnival and street fair that was about 1/4 already up and running.

Chanthaburi is also home to the largest Christian church in Thailand. The Cathedral of the Immaculate Conception was built in 1909 in the location of the original mission from the 1700s. 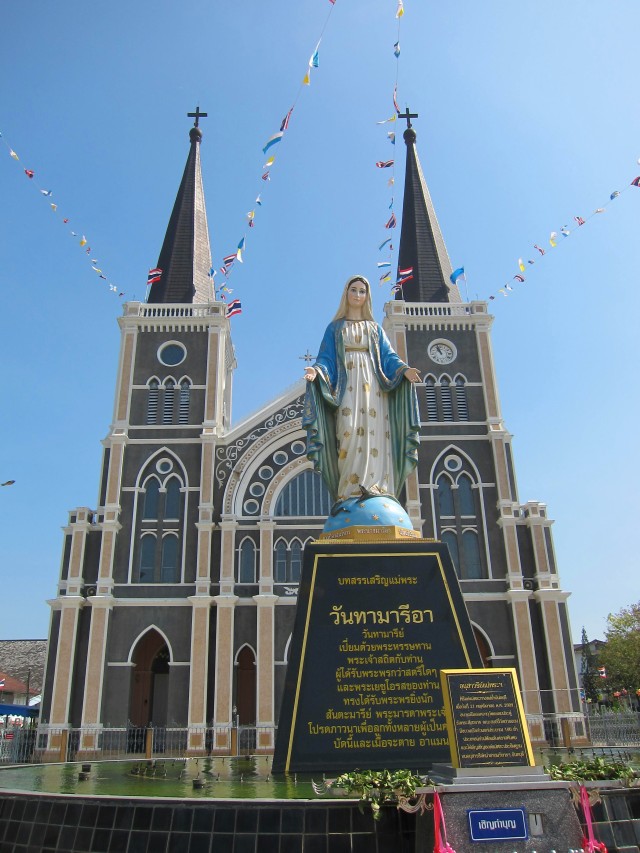 Cathedral of the Immaculate Conception

Since Chanthaburi is famous for gem trading, especially sapphires and rubies, the church has a figure of Mary encrusted with gemstones, which was very beautiful. When we went into the cathedral to see the bejeweled Mary a young Thai kid working there immediately approached us and told me to take off my sunglasses. He then went off and interrupted a man praying in front of the statue of Jesus and made him pray in a pew. He then proceeded to follow us around talking very seriously in Thai or saying the word “beautiful” the entire time. There seemed to be a lot of rules that we needed to know about. It was a little frustrating to not be able to enjoy the cathedral quietly, without our little chatterbox rule boy escort. 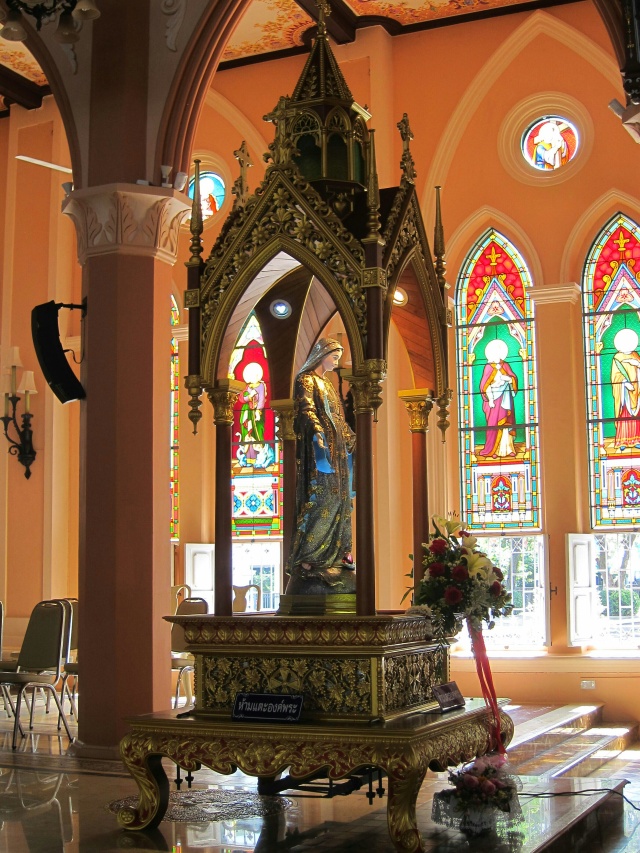 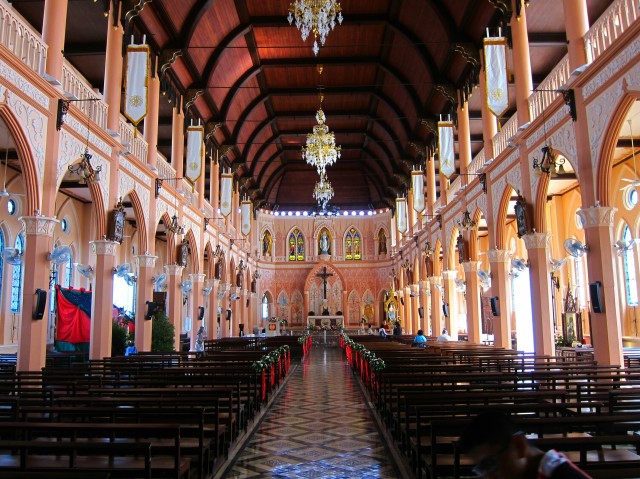 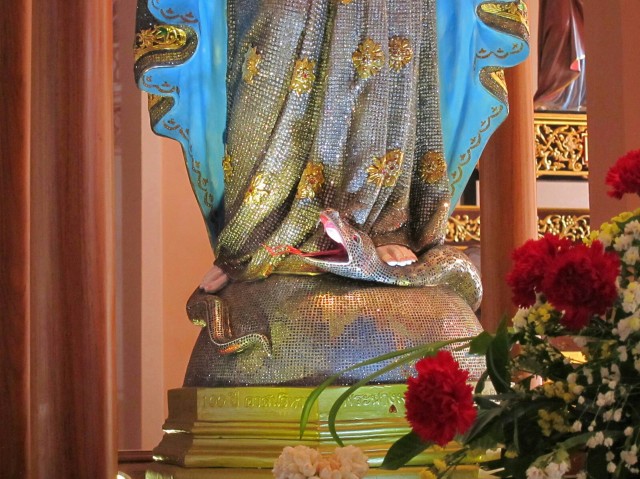 The next item on our busy to do list was to get a massage. Chandler’s parents gave us a very generous gift for Christmas, which we decided to spend on massages and save the rest for Europe when things get more expensive. We opted for the 2 hour massage at only 200 baht or roughly $6.52 each. We were in the same room and had a really nice conversation with one of the women who spoke English. She could not believe we are from Alaska and thought it was funny how cold it is there. We learned how to say hot and cold in Thai (something like “laoun” and “now” in case you were wondering)

We were also able to find a place to get passport photos. We were officially ready for Cambodia and had completed the only chore we needed to do. We spent the rest of the day wandering around town. 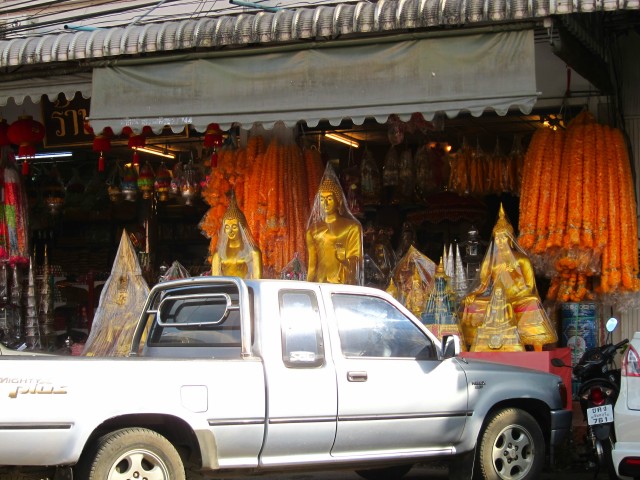