We had half a plan to start biking early this morning but were were slow to get up. After watching the sun rise over the rice fields and the river, we quickly decided to stay another night. We had a delicious Thai breakfast of a veggie omelet over white rice with fruit on the side. We also met the owner’s husband who is also a bike tourist, what luck! He had just come in that morning on a bus from Laos. We ended up chatting with both of them until 10am.

Sunrise from inside the raft house 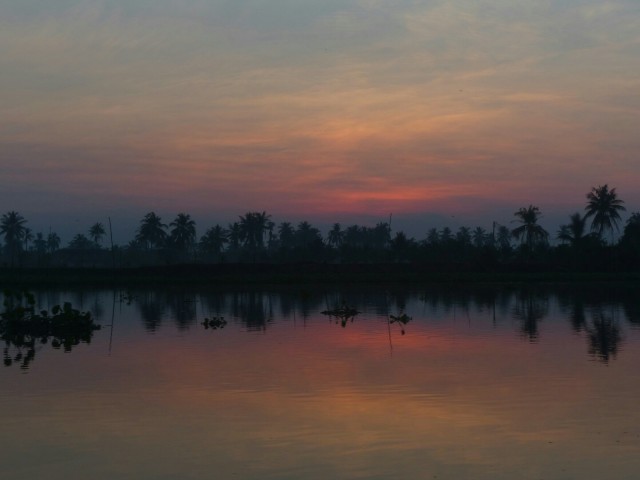 They gave us biking directions to the floating market up the river which is a popular weekend spot for local Thais. The market was only 17km away, so it was a quick ride with our unloaded bikes. 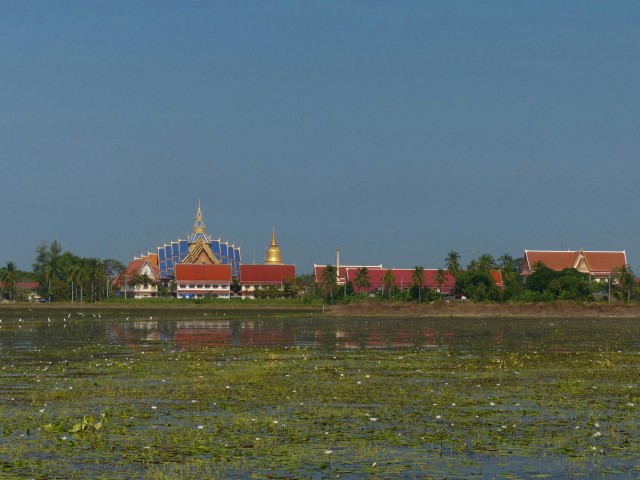 The floating market was really interesting. Not only were there food stalls on the river on floating rafts, like our raft house, but there were also vendors in boats tied up selling food. I don’t know how two people can run a restaurant on those tiny boats, but they did.

We hung out until 2pm so we wouldn’t have to bike during the hottest part of the day. We bought lots of excellent food, people watched and feed some fish. I also bought a kilo of my new favorite fruit, mangosteen! 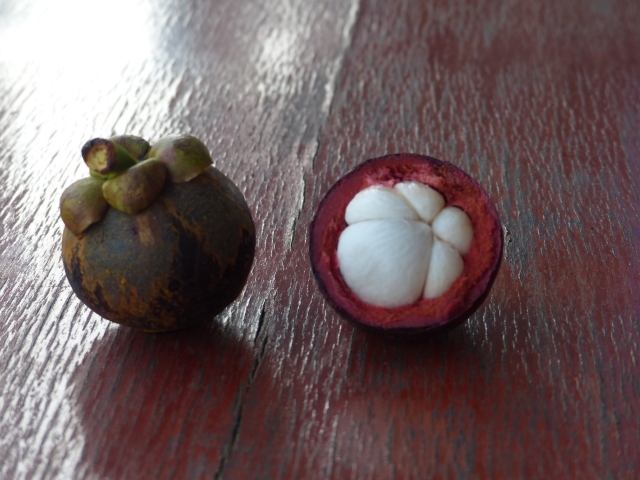 We took a boat ride about 10km down the river to Wat something instead of biking. The ride was awesome with wonderful scenery and hundreds of storks. 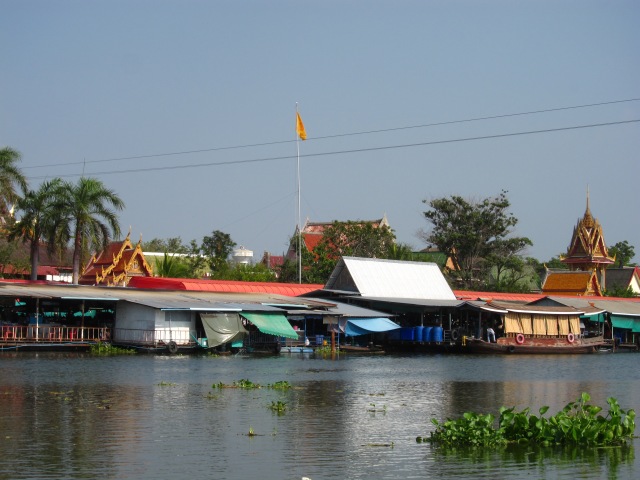 The boat dropped us off at a Buddhist temple famous for giving tattoos. The monk doing the tattoo uses a very long needle while two men stretch the skin of the person being tattooed. The famous leader of the temple, a monk who died 5 years ago, was mummified and now is on display in a glass coffin to which many people were paying respects. No pictures of that stuff, but here is a gong and elephant from the courtyard.

When we finally got back to our raft house we decided to take a swim. I jumped in but also jumped right out. I am a little bit afraid of water I can’t see through, especially with all the fish that were jumping around. The owners had an innertube that I could float on. However, right after I got out, a little snake swam by our porch. Last time I am getting in that river.

At dinner we discussed possible routes around Kanchanaburi and along the coast to Cambodia with our host. He guides bike tours around southeast Asia and generously gave us his notes. We headed to bed early in order to be well rested for our ride to Ban Pong.