Another busy day. With the foundation holes dug, we were ready to drill holes into the rock for the rebar. The rebar is to reinforce the concrete and to anchor the piers into the rock so they don’t slide. 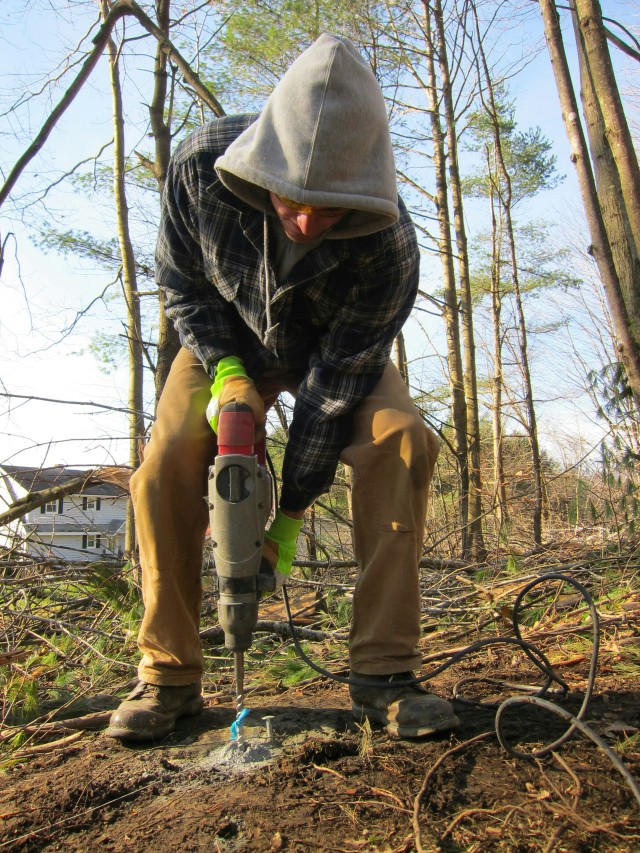 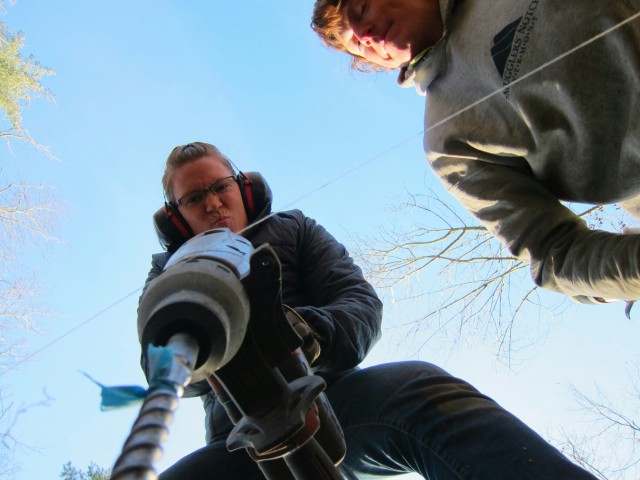 Once the holes were all drilled, Tayler and I measured and cut rebar to the correct length while Chandler got the rock grout ready. 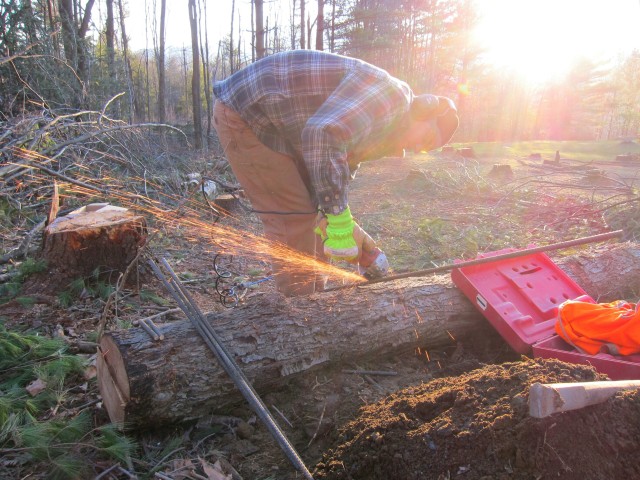 Thankfully, that was a quick and painless process. Our next step was digging holes for the sonotubes. It was starting the get dark at this point, so everyone was helping to fill in the holes and pack in the dirt. Chandler’s uncle came over for dinner and showed up in time to help also. We ended having to get the flood lights out so we could finish the work in the dark.

Except we had a few minor adjustments to make first. Because we had finished setting the last two tubes in the dark, we discovered one was way out of place. So Jeanne and I spent about half an hour digging the tube out, expanding the hole and resetting the sonotube. The guys got the concrete mixer and the threaded anchor bars ready. 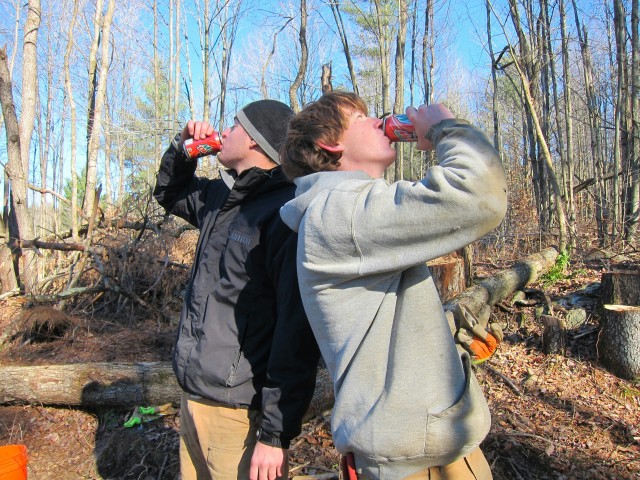 Before anything could be done, we had to settle a question that everyone but Tayler and I were concerned about: was everything level? The site is on a slope and the front row of piers appeared to be higher than the back row to the naked eye. Chandler’s uncle had brought over a surveyor’s optical level which I used to do a basic survey of the area. I used that info to do some calcs on the heights of the tubes and rebar. Everyone was still not convinced, so, they checked several different ways, but every time, the tubes turned out level. Good thing there was a professional to do the work.

Finally time to pour the concrete.

I actually left after the first pier was poured to have lunch with my step sister. It was nice to take a break and catch up with her. When I came back, all the work was done. Lucky me!